THIS WASN’T IN THE JOB DESCRIPTION… 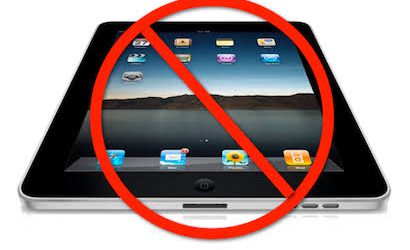 My kids, like most kids, have access to iPads. Controlled access. They have to ask to go on their iPads and when they are on them they have to stay in either the living room or kitchen. These are our family rules and these are the rules that are adhered to…most of the time.

Last Monday was just like any other day in our house. I was in the kitchen making my breakfast, the baby was in her high chair happily munching on pieces of fruit and the kids were in the living room, Stella watching Playschool and Lenny on his iPad watching his YouTube hero, Dan TDM, or so I thought…

Where’s Lenny? I asked Stella as I walked into the lounge room with my breakfast. “In his bedroom”. I immediately got annoyed that he had broken one of our iPad rules. I walked down the hallway to see his door was shut, I opened it and saw him on his bed with the doona pulled up around him. “Lenny, what are you doing mate?”. “Nothing, just watching Dan TDM, nothing”. He was annoyed, embarrassed, he didn’t want me to take the iPad… This rang an alarm bell in my head, he’s looking at something he doesn’t want me to see… “You know we don’t have iPads in the bedroom mate, what are you looking at?” He quickly tried to swipe the screen up to get rid of the website he was on, pressing a game app to try and change the screen… “Mate, give that to me now, let me see” I took the iPad out of his hands and went back to Safari… and just like that, my world as a parent crumbled in front of my eyes. There it was, in all its shocking full frontal explicit glory, a page filled with porn images… my insides died.

My whole body was shaking, I snatched the iPad and walked to the kitchen. I was sobbing…. How? Why? How did this happen? I could hear his wardrobe door shut… he was hiding in there, I could hear him crying.

My mind started racing… why was he looking at that?! How did he find that page?! Who told him about that?! How will he ever “unsee” that?! I was crying uncontrollably…. shock and disbelief… What do I do?! What do I do?! Nothing had prepared me for this. I had never thought for a second I would be in this situation.

Don’t over react, don’t shame your child, don’t punish your child, ask them if they have any questions about what they have seen, explain to them why those images are not for children, tell them that if they hear words in the future that they don’t understand then they should come and speak to you and not Google.

Ok, so now I feel worse because I totally over reacted! I was/still am in shock! The more I read though, the more I started to understand that this is actually a common thing for young children to do and although that was totally shocking to me, it also bought me some comfort knowing that my son was not alone in his curiosity.

I spoke to my husband, I spoke to my Dad, they both said not to overreact, he was a young boy who had obviously heard school yard chitta chatter and curiosity had gotten the better of him. My husband made a good point, “we probably heard words like that at school too but just didn’t have Google to type them into…” So true. It wasn’t just one word though. He had Googled, with all his innocent little spelling mistakes, “Nakid girls havin sex was boy” My number one responsibility as a parent is to protect my son and that day, I felt as though I had failed him.

I took a deep breath, I walked back to his bedroom and opened his wardrobe door. “Lenny…” I said in between sniffles, “Mummy needs to talk to you…” And so there we sat, on his bed, and I told him he wasn’t in trouble. I asked him where he heard those words, he said boys at school, I told him that what he did was wrong, and websites and images like that are for adults and if he ever hears words like that at school again then he is to come and ask me or dad or his teacher to see what they mean, instead of typing them into Google. It was a hard conversation, we both cried. I still didn’t know if what I was saying to him was the right words to say. There’s no manual for this… parenting can be hard and scary.

I then went to my bedroom and recorded the video that accompanies this blog. I posted it onto Instagram stories. The amount of messages of advice and support I received was overwhelming. If you were someone that messaged me that day, thank you. A lot of you had also been in a similar situation. It was comforting to have all of your support, but still devastating to read your stories… so how can we protect our children? Well, the short answer is, I don’t think we can. We can not 100% protect our children 100% of the time.

I have however now downloaded “Family Zone” an app that puts security blockers on your devices. It removes adult content for safe searching on websites such as Google and it manages use of social apps and in-app purchasing (not that my children have Instagram or Facebook but it’s good to know for the future). I’m currently on a free one month trial so I’ll let you know my thoughts, so far so good though, I gave Google a fair crack with words that even made my cheeks blush when I was typing them and nothing came up in the results.

Am I a bad mum for allowing them access to technology? No, I don’t think so. I would be stupid to think that by banning it I was protecting them from ever hearing/seeing inappropriate content.  I had one lovely lady reply to my Instagram story telling me that I had bought this on myself. She couldn’t believe a six year old would have access to an iPad, he should be playing with cars and trucks, not computers… well, reality is, in this day and age, even if he didn’t have access to an iPad/computer at home, I’m sure he would find some other way to access one whether it be at school or a friends house… I make no apologies that he has an iPad at home because for the most part, used properly, I think they’re fantastic! They’re fun, educational, entertaining… well… a little too entertaining in this particular case! But they are a part of the world we live in! So instead of banning them, we need to learn how to protect our kids on them.

So what have I learned from this? Because every bad situation we are placed in brings us a lesson in return right? Well this is what works for my family and this is what we were, to the most part doing before #porngate happened…

Sharing this video and my story is still raw and embarrassing for me to do. It’s real life though, its real thoughts and emotions and a real reaction. Parenting has its awesome moments and its shit moments. This was a shit moment. But we’ve learned from this now and we’ve moved on. Will I be ready for what ever this crazy job of parenting brings next? I doubt it. My kids are 6, 3 and 10 months. It’s hard, there’s no instruction manual, but I try my best and something tells me that there is going to be a lot more “on the job training” moments to come!