In our house, sister rivalry is running rampant at the moment and I fear it’s only the beginning. It is a love hate relationship between the two, they are the best of friends one minute and cold hard enemies the next. I remember it being the same in my household growing up. One minute I was slamming my brothers head into the dishwasher door, the next minute we were pals. One minute my brother had put my sister into the card board box the new dishwasher came in and sitting on top of it so she couldn’t get out, the next minute they were laughing and giggling together. 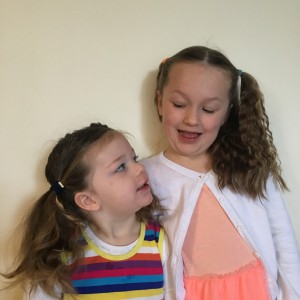 Whatever the current relationship status between my kids is though, there are certain things they fight over no matter what. One common argument that does my head in every…single…day is where I sit at meal times, yes me, the mother, who should – after slaving over the hot stove cooking the damn meal – be bloody allowed to sit wherever the heck I choose. Every time I call “dinners ready” we get the same old squabble.

It goes on and on, back and fourth, breakfast, lunch and dinner. Even once I sit down at the table. “Mum is sitting next to meeee, ha ha,”  they say with a smug look on their face while the other one howls. They are five and two, believe me three years between them makes no difference let me make that clear to those who think it might.

I’ve tried negotiation tactics about the seating spot; sitting next to one on odd days and the other on evens, but that was a useless exercise. Poor hubby, whose been at work all day and has only seen the kids for the past half hour, is sitting there all sullen and sad wondering why no one wants to sit next to him (sometimes he checks his armpits just in case). 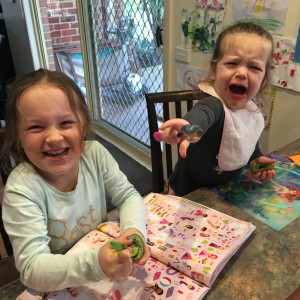 But it’s not about who loves who more. Or who sees who more often. It’s not even about me at all. They couldn’t care less where I sit. It’s about whose got the power stick. Whose going to win the fight. Whose the more powerful sibling, whose won the petty battle, that is just so darned important and has now become a matter of life and death.

One night I had had enough, took my dinner into my bedroom and sat and ate it by myself, door closed, on my bed. Fried rice may have flicked onto the pillow but who cares, I was alone, it was peaceful and it was bliss. Not so much so for my hubby who had to listen to the overdramatic crying hungry children he was left with at the dining table.

Another regular tiff in our house is whose got possession of “Abby” the doll. 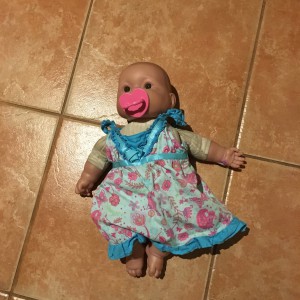 Now in fairness Abby is Annabelle’s and has been for three years since she got her for Christmas when she was two, but Penny has decided all toys should be hers too. And I don’t know if it’s just my toddler or all toddlers, but no amount of persuasion, explanation or distraction, works with this kid when she has her eye on the prize.

She has her her own special doll, it even cries and coos and sucks on a bloody dummy, and she loves her of course, but when Annabelle has Abby, Penny has to have Abby too. So, because poor Annabelle is usually the more submissive of the two, the fight usually ends with penny running off with Abby and Annabelle sitting crying in a corner rocking back and fourth, a giant scratch across her face and tears rolling down her cheeks. This then follows with me, grabbing Abby and putting her on top of the fridge so no one can play with her, thus giving me a headache as the two of them cry and beg at the fridge. 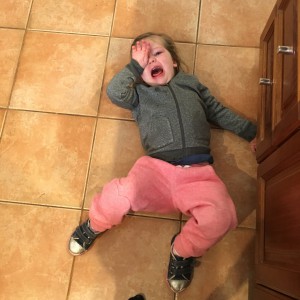 Sometimes I can whisper in Annabelles ear, a promise of something special later, which helps her withdraw occasionally, but mostly she’s just pissed off her doll has once again been taken off her because her sister is possessive and manipulative (bless her tenacity though, she knows what she wants and she knows how to get it). The situation isn’t helped because Penny is absolutely adorable and hilarious. Heaven forbid I should laugh during the whole ordeal though.

Then there’s the rabbit bowl and the little mermaid placemat.

Stupidly we only have one of each and it’s our biggest war of them all. Both of them HAVE TO HAVE The rabbit bowl and the little mermaid placemat or their lives will be over, doomed forever. The daily fight begins with one of them sneakily walking into the kitchen to grab the bowl first, then sneakily walking over to the draw to grab the placemat. The other figures out what’s going on and the whinging starts. “She had them yesterday!!!” 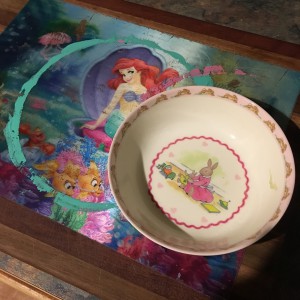 I’ve kept the bowl on top of the fridge for a while, tried that. I even tried starting a roster with the said items but Penny, being 2.5, didn’t get the system I had going. The placemat has also once or twice been frisbeeed by me across the room in anger. I know what you’re thinking, just throw them both out and be done with it. That’s fine but I know this war will just start all over again about a different bowl and a different placemat, it will never end.

Perhaps the rivalry will never end unless I show them who is boss early on, right? I foresee the fighting will soon be over the front seat, the best bathroom mirror spot, the hair straightener, the sparkly pink boob tube top (ok that was me in 1999), boyfriends, (ok, again me) and then they’ll end up fighting over who gets what when I die.

Am I doomed to listen to this for the rest of my days?? Will this sister gladiator battle for ultimate power always exist? And will I always, as their mother, need to intervene, will I always be heavily and deeply embroiled in the sibling rivalry charade or will they one day be able to sort their own shit out? Only time will tell I guess, that and the amount of hair I will lose from the stress of it along the way. 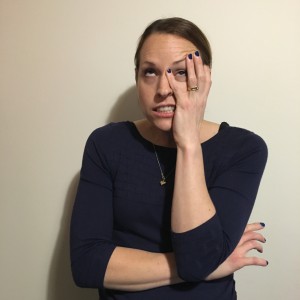 What do your kids fight about?


Vci09o There is clearly a bunch to know about this. I suppose you made some nice points in features also.