A tired mama will do just about anything for some rest. Especially when she’s entered (or in my case re-entered with terrified caution) life with a newborn. And thankfully, for me, part of doing just about anything for some rest, meant I had to succumb to the fact that just because I have three children, doesn’t mean I know everything.
Every day is different, every day is unpredictable, I knew this part. And for someone like me, who suffers from a bit of control-freak-anxiety-disorder, I knew this unpredictability would wreak havoc on my moods.
I knew having a third Bub wasn’t going to be easy. Especially since our second, Penny, was now almost four years old.
I knew my blissful eight hours of uninterrupted sleep each night (ok, ok, some nights) now that the girls were older would no longer exist. I knew a third child would probably turn our worlds upside down again. I was mentally prepared for this. I thought I knew what to expect. 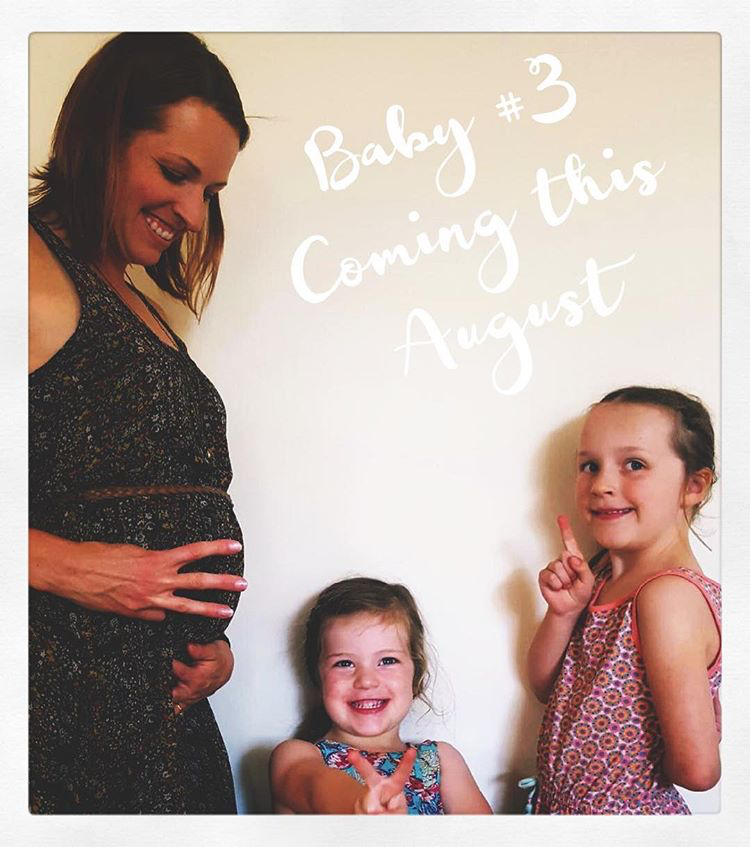 When Annabelle, now 6.5 years, was a newborn I remember crawling on my hands and knees away from the bassinet just to keep her asleep (bloody knee would always crack and her eyes would spring open!) and I remember being so sleep deprived that I would whisper loudly (yeah, yeah, yell like the exorcist) at Hubby for making the tiniest suggestions on what to do – as we took it in turns pacing the hallway in the early hours of the morning with a screaming baby then tip toeing outside the nursery as we lay her down in her bassinet. I knew there would be hard days, bad days, slow days, exhausted days and I was prepared for this. I knew what to expect, at least I thought I did.

Two of my closest friends had had their third children and had reminded me of what lay ahead. Their children were, and still are, easy, happy bubba’s. In fact getting to know these two third children and seeing how easily they fit into their families lives helped make my fears of the bad days melt away.
Helen’s daughter Hazel and Danielle’s son Macklin are the most delightful children and I was excited about bringing a happy baby, just like those two, into our world.
But, while I was prepared for the hard days, I wasn’t prepared for the unknown. Because Jacob was my third baby, I didn’t think I was about to enter unknown territory. I thought I knew what to expect. I thought I knew it all. But I was wrong. New problems, new challenges, things I hadn’t experienced with the girls came along. Horrible little things called colic and reflux… 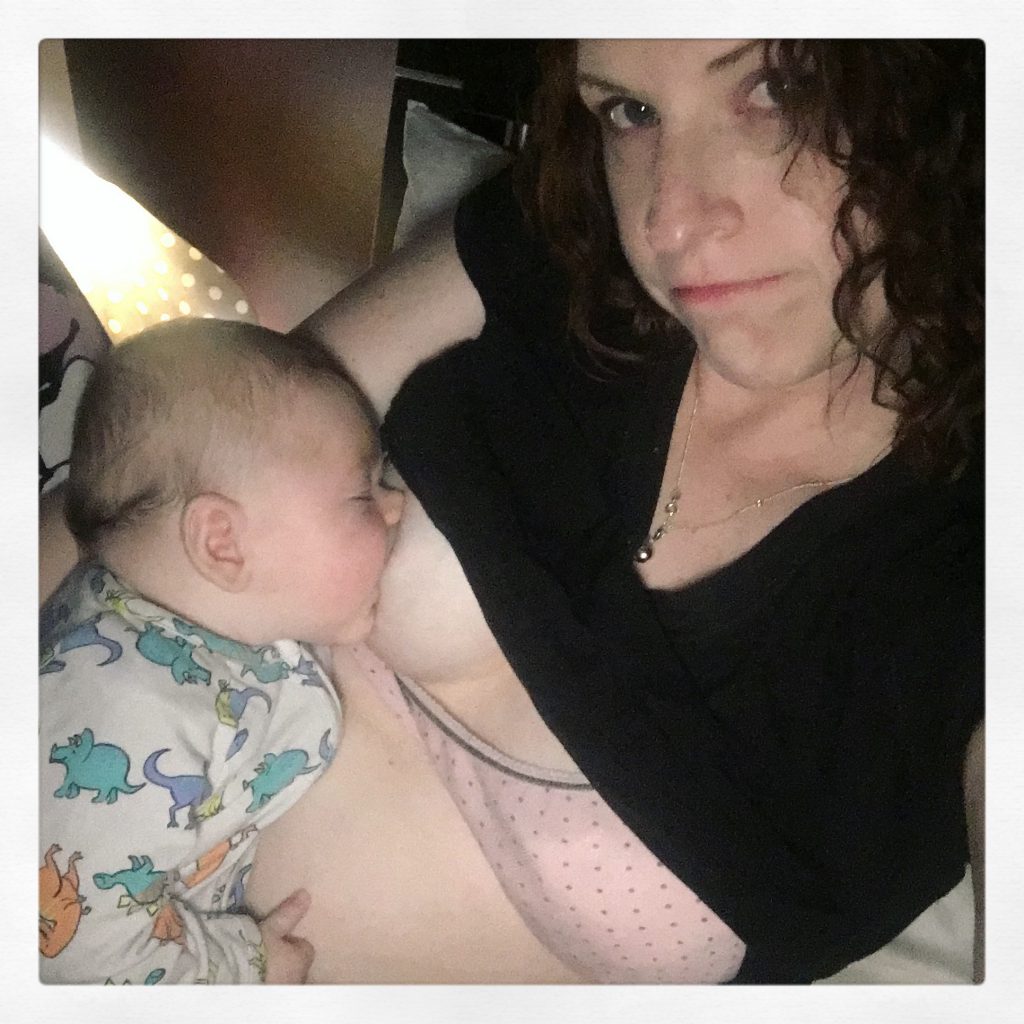 I first noticed something wasn’t quite right with Jacob when he was about four weeks old. He would feed, we would attempt to burp him, he would then scream, then sleep and that was pretty much it. I just figured this was normal and perhaps I had forgotten what it was like. Newborns cry a fair bit, I knew this.

But Jacob was crying a lot. He was struggling to burp. I could tell it was causing him pain but I figured the problem would soon sort itself out once his little tummy grew.
After every feed my hubby and I tried desperately to burp him; occasionally getting a few little ones up but generally after more than 15 minutes of trying, of poor Jacob screaming in pain, arching his back, bringing his knees up, thrashing his head from side to side, we would have to give up, especially in the middle of the night, and just put him down to sleep.
He was still sleeping ok, albeit some grunting and squealing and a little bit of uncomfortableness, so we didn’t think it mattered if we got the wind up or not. Again, how wrong we were!! 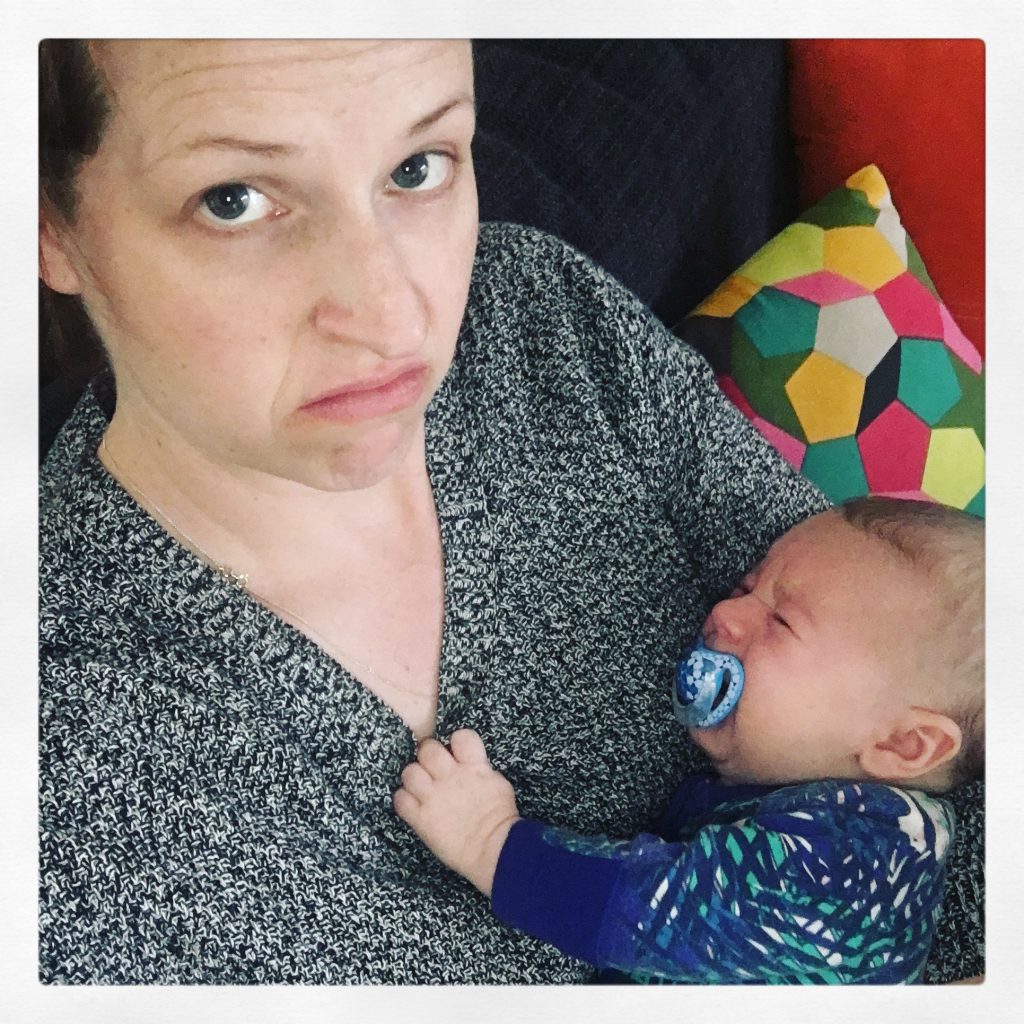 I had obviously heard about reflux and also colic but had also heard that of all the babies that apparently had the conditions, only about 15 per cent actually had them. Many articles (yeah yeah I Google too much) said babies were often being misdiagnosed with the conditions simply to give tired parents a reason for their babies crying. So I brushed it off a little, figured the fact that he was rarely comfortable when awake, was normal. After all, this was my third baby, so I should know exactly what I am doing, right?
However, things got much worse at 8 weeks and it became something we needed to address. Our little man was rarely happy and content, wasn’t sleeping well and from 4pm to 6pm would not settle with a cuddle, or food or sleep. Instead he would just scream inconsolably. He was now in a lot of pain every time he fed, after a feed and when he laid down and even in between feeds, arching his back, kicking his legs and swallowing frequently as though he had a bad taste in his mouth.
Basically there was a nasty build up of air that just couldn’t seem to escape. I felt like time was passing us by and we weren’t enjoying our little man as much as we could be. I didn’t know him.

The stress this created on our family was tough. I found myself snapping at the girls constantly for no reason, simply because I was so tense from Jacob crying. Then when he was asleep I would snap at them for being loud because if he woke the screaming would start all over again. At first the girls were concerned at why he was always “upset” but after a few weeks of it, they seemed to stop asking and didn’t really want to be around him as much as before unless he was happy and those moments were few and far between. Performing daily chores was near impossible, dinner was never cooked, school drop off and pick up made me nervous as hell, my anxiety at an all time high, because he doesn’t transfer well either. 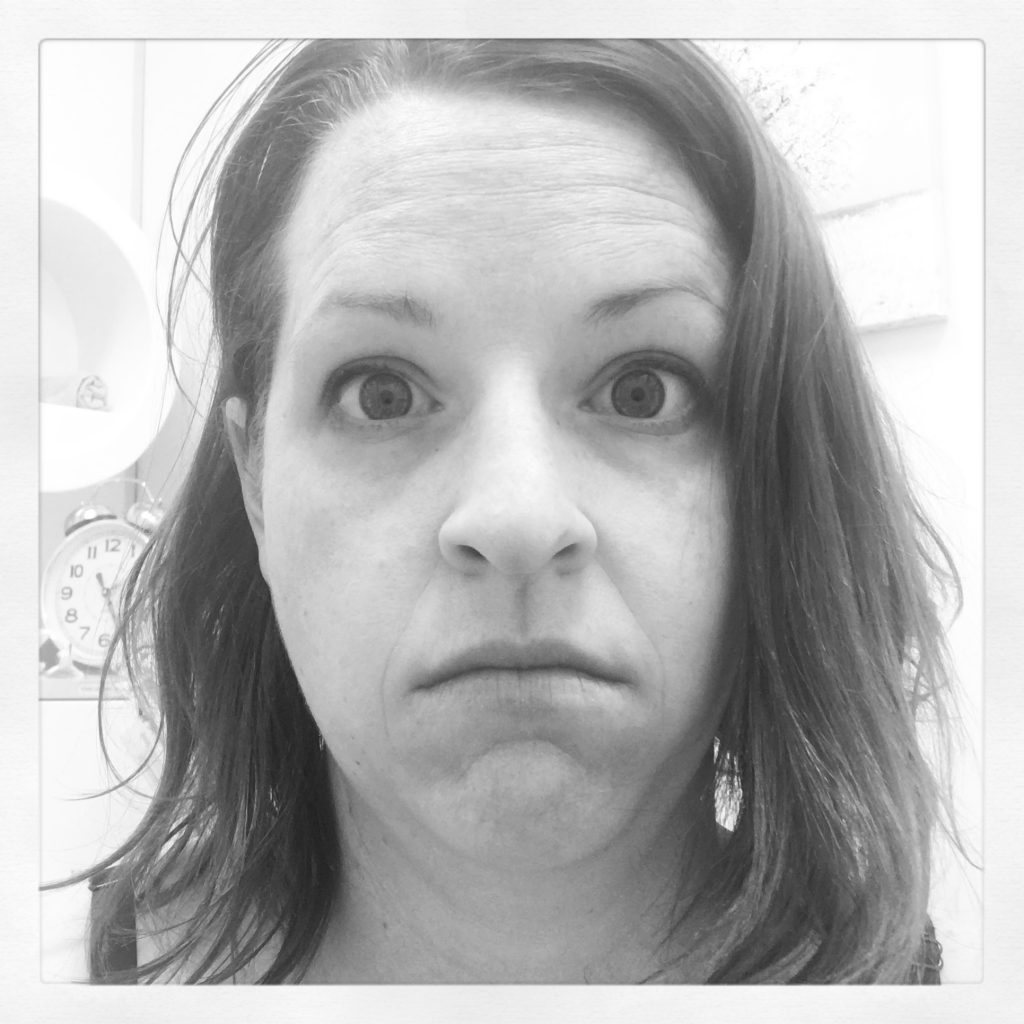 Then I had a complete meltdown. I was tired. I was confused, I was angry. Why didn’t I have a happy, easy third baby like my friend’s did? Why didn’t Jacob just fit and happily go along with things the way they did? That day he could barely sleep for more than 15 minutes without crying out in pain, hubby came home early, Helen was at my house tidying up (yes she is a saint!) and I ducked to the shops while Jacob was in his bassinet crying, trying to get to sleep. When I returned from the shops I found my hubby holding him and I unleashed.
“He needs to go to sleep, if he doesn’t sleep I’ll have to feed him again and that will make things worse!” I screamed at him. I was being a total sleep deprived bitch, all he did was console his crying baby.
I knew I had to go back to the doctor, I knew we needed answers, I knew we needed help.
The GP agreed this behaviour wasn’t normal (Jacob’s behaviour, mine was the usual behaviour of a deranged sleep deprived mama) and we got a prescription for reflux medicine. 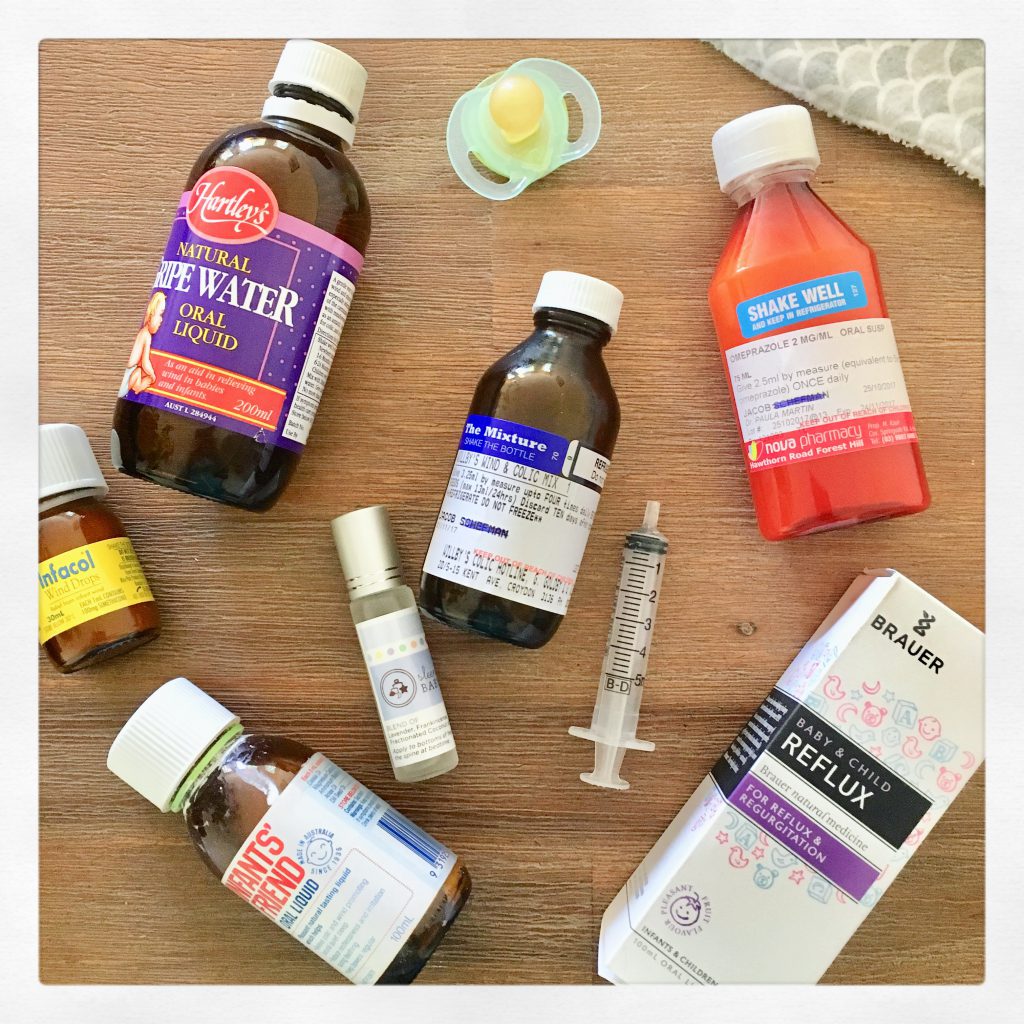 I also bought a colic mixture after a consultatant told me Jacob definitely had colic too. I’ve found chiropractic is helping too and feeding with him as upright as I can, plus making sure we try harder and longer to get a burp up, no matter what time of the day/night it is. It’s tiring but it is what it is and we are seeing results.
We are starting to see smiles, giggles, coo’s, contentment, happiness. We are starting to see all the things I thought I should have been seeing all this time. We are starting to see why Helen and Danielle have enjoyed their third bubba’s so much. We are, at the 11 week mark, starting to see the back of reflux and colic and we are finally starting to see our beautiful happy third baby, Jacob. 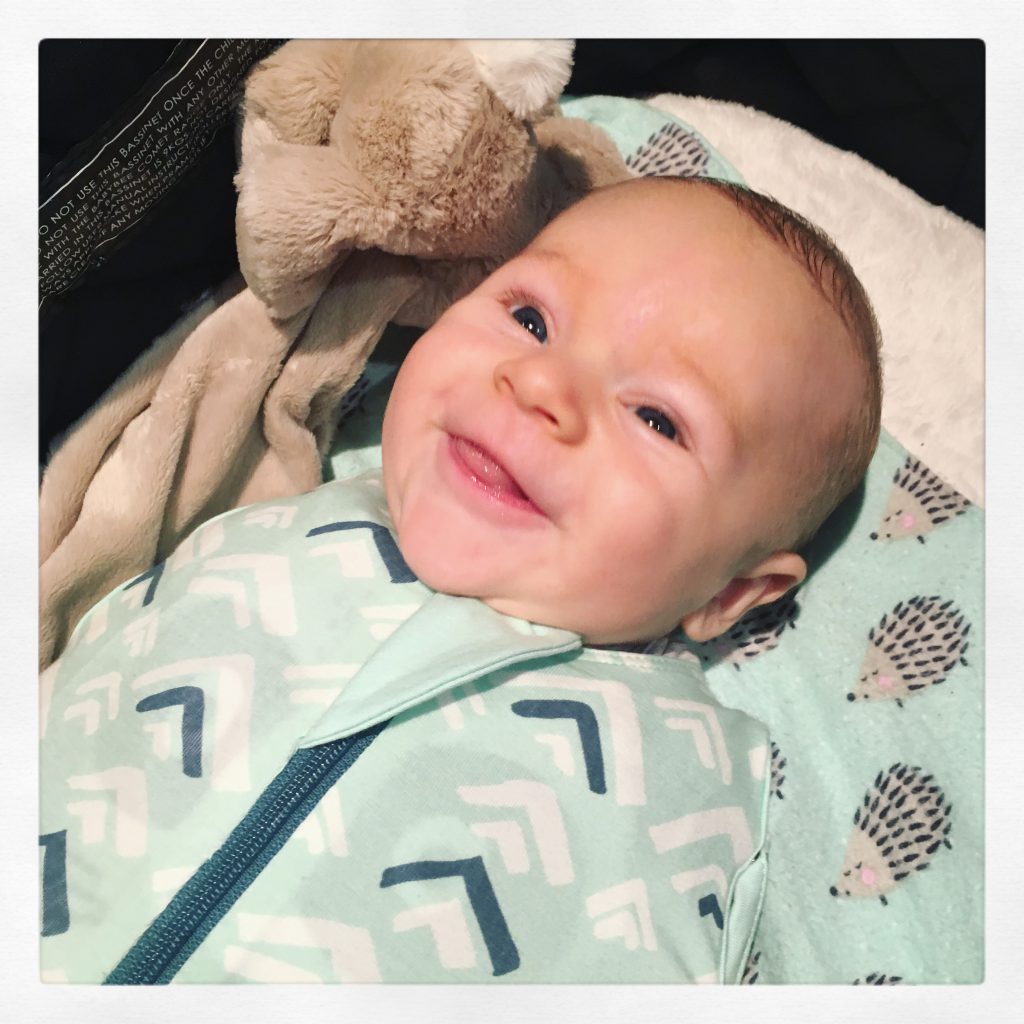