If you ask me, the word “juggling” in reference to parenting multiple kids is used far too loosely. I mean, when you think of juggling you think of pleasant coloured rubber balls being thrown around by a crazy clown, right?
Ok, so the crazy clown part might be correct but those coloured rubber balls are only pleasant some of the time, most other times they have spiked thorns, are on fire and get dropped at least 20 times throughout the day! Yep, having three kids is a “juggle” alright. 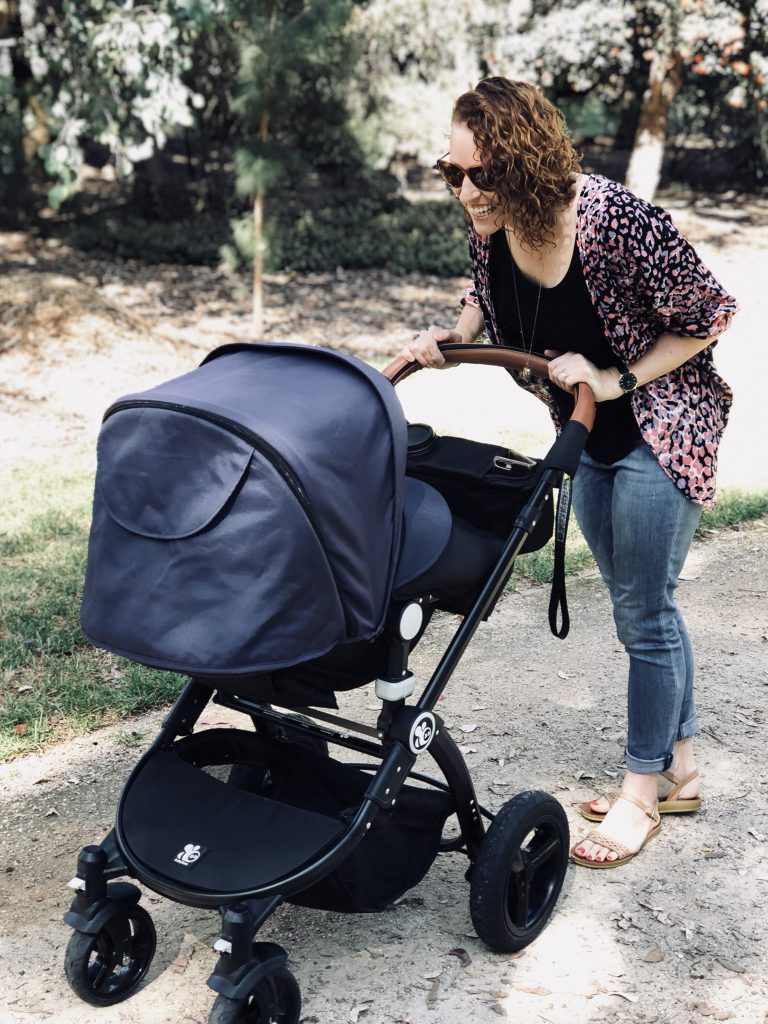 For me, one of the hardest parts of having multiple children is getting out of the house. This everyday task needs to be a super organised, planned in advance, well oiled machine, especially when I’m heading out on my own without hubby to help (side note – how the heck do people have more than three kids??!). 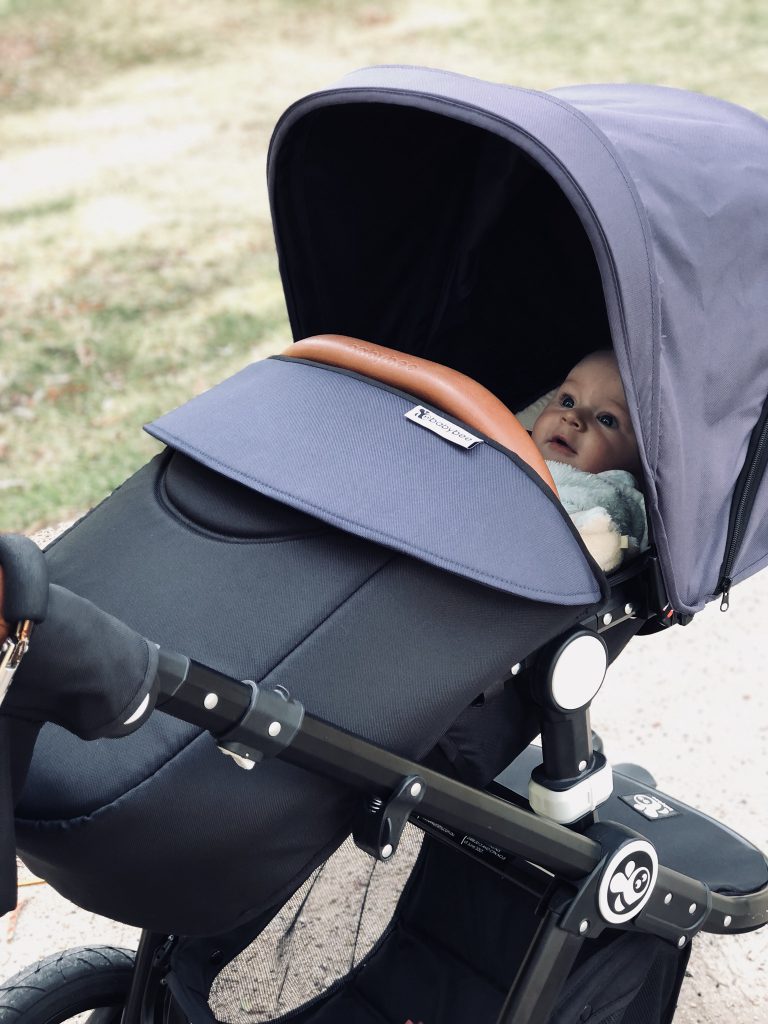 One of the most important things for me in helping to make outings less stressful, is the babies wheels. Yup, in my opinion, you ‘gotta’ have a good pram. The poor third baby can’t just sleep in his cot every day for his scheduled sleeps like the first one did, there’s errands to run, school drop offs, groceries, play dates at parks for the older two and just generally so much more busyness which means nap time is often out and about. 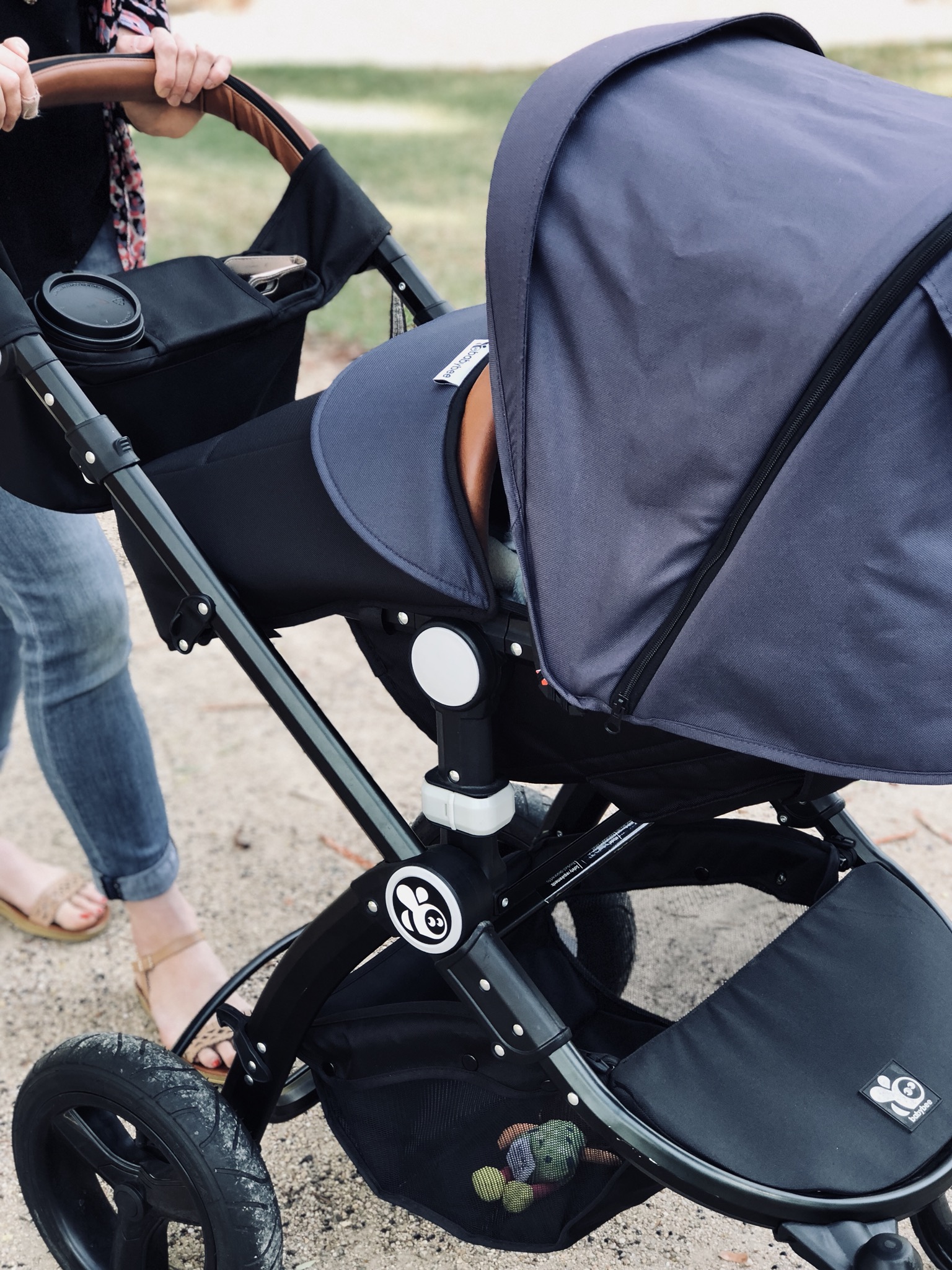 After Penny (number 2) had finished with her pram, it was at the time when we weren’t sure if we were going to have a third child or not so we decided to donate it to charity. Fast forward a few years, 35 odd weeks pregnant with my third, I suddenly realised it was time for us to choose another pram. This time round I knew what I wanted though. After pushing around two kids previously for a total of five years, I now knew what features it HAD to have to have to make my life easier. 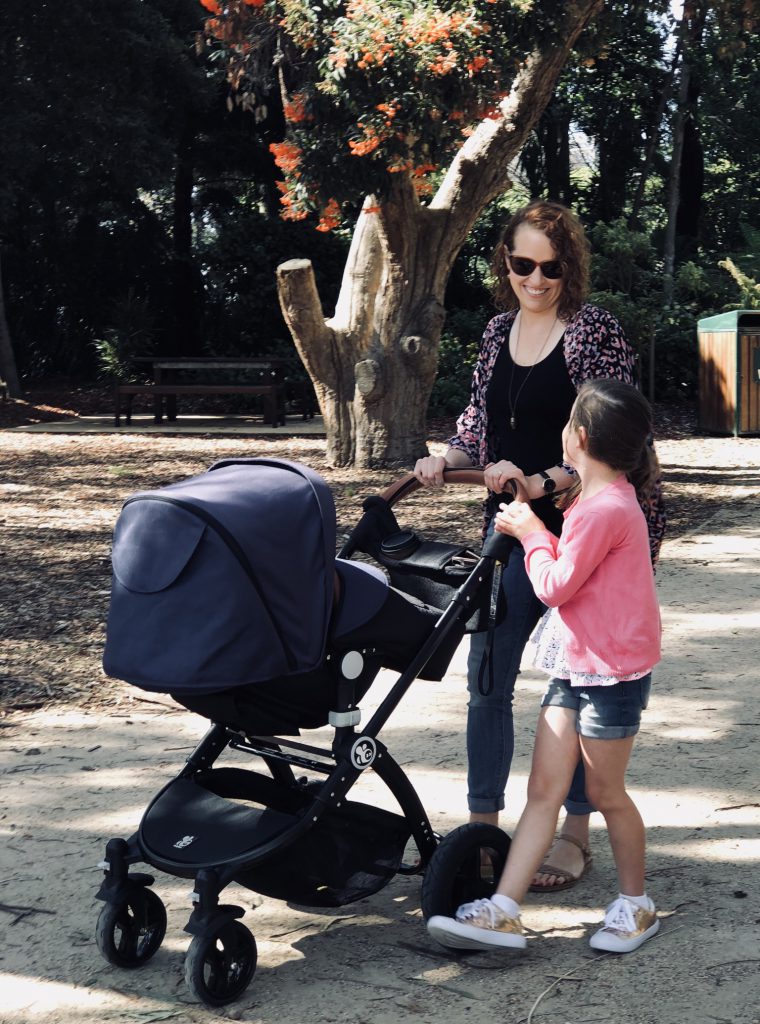 Visually, the babybee COMET plus was love at first sight. An absolutely stunning pram (and one which I knew would generate pram envy among other mums!). But did it have what I needed? I couldn’t possibly use it every day unless it did, this time around with bub number three it had to be more than oh so gorgeous, it needed to be oh so functional. And low and behold (thank goodness) it ticked all my boxes! A pram with beauty and brains! 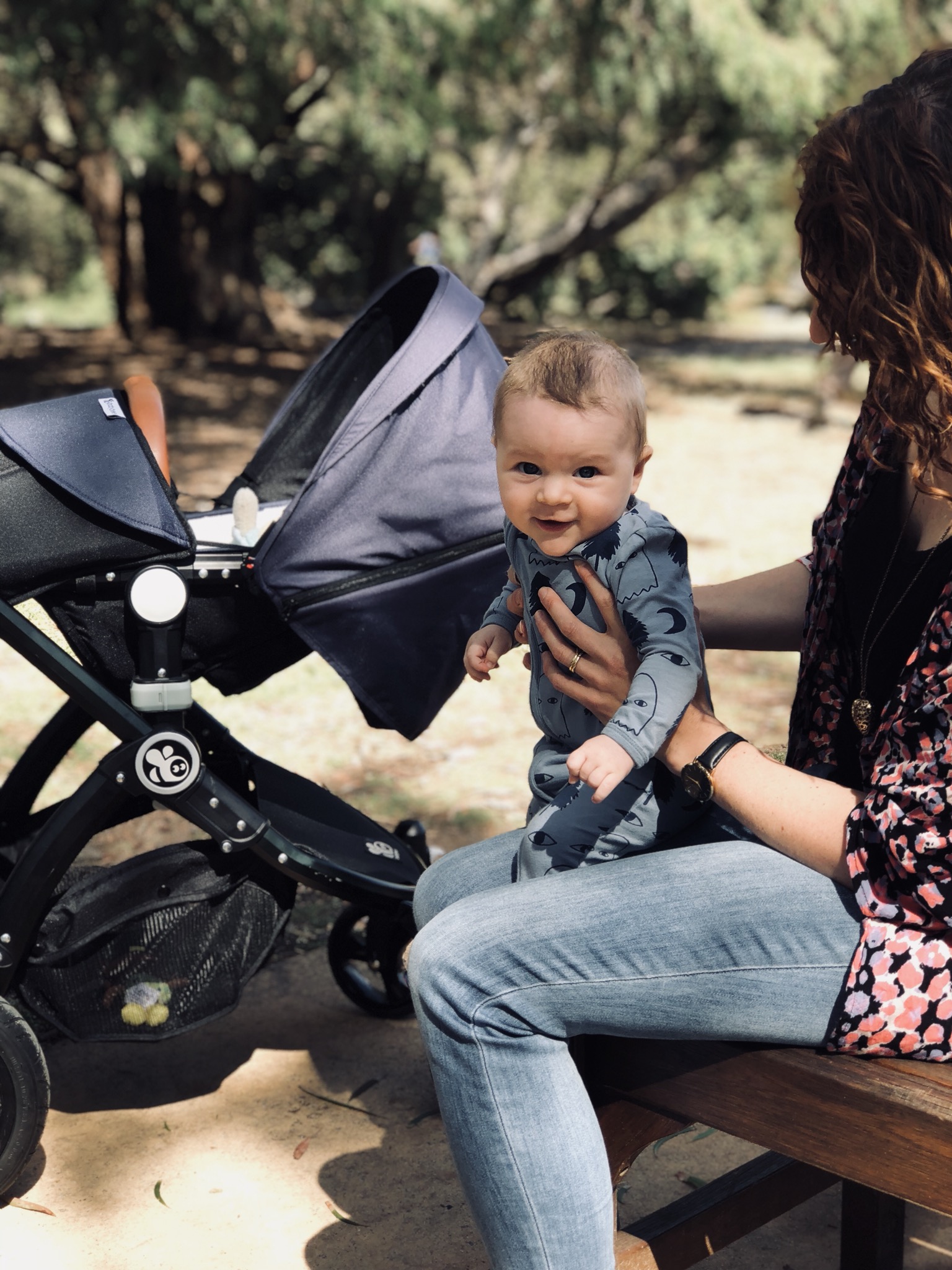 So what were my pram must have’s that the babybee COMET plus covered off with ease? Well, brace yourselves! I was a picky mama third time round!

* Bassinet for bubs to sleep flat when little with seat attachment to convert to as bub grew older.
* Bassinet with handle for easy carrying.
* Bassinet which clicked off from the base easily and quietly so I could carry bubs inside without waking them up.
* Large extendable hood for blocking sun and to lower when bubs needs nap.
* Easy and super quick to assemble and disassemble.
* Lightweight.
* Durable material to easily wipe of baby spew and feral kid smears.
* Adjustable seat which can switch from front facing to rear facing.
* Fold down compactly to fit in car boot.
* Seat attachment that reclines for baby’s nap time.
* Large basket underneath with room for groceries and nappy bag.
* Double drink/bits and bobs caddy for coffee, water and phone (this one actually should have been at the top of the priority list!)
* Air tyres
* Must be able to manoeuvre around very quickly and smoothly when running late for school drop off and pick up
* Not ridiculously expensive (no pram mortgage repayments here!) 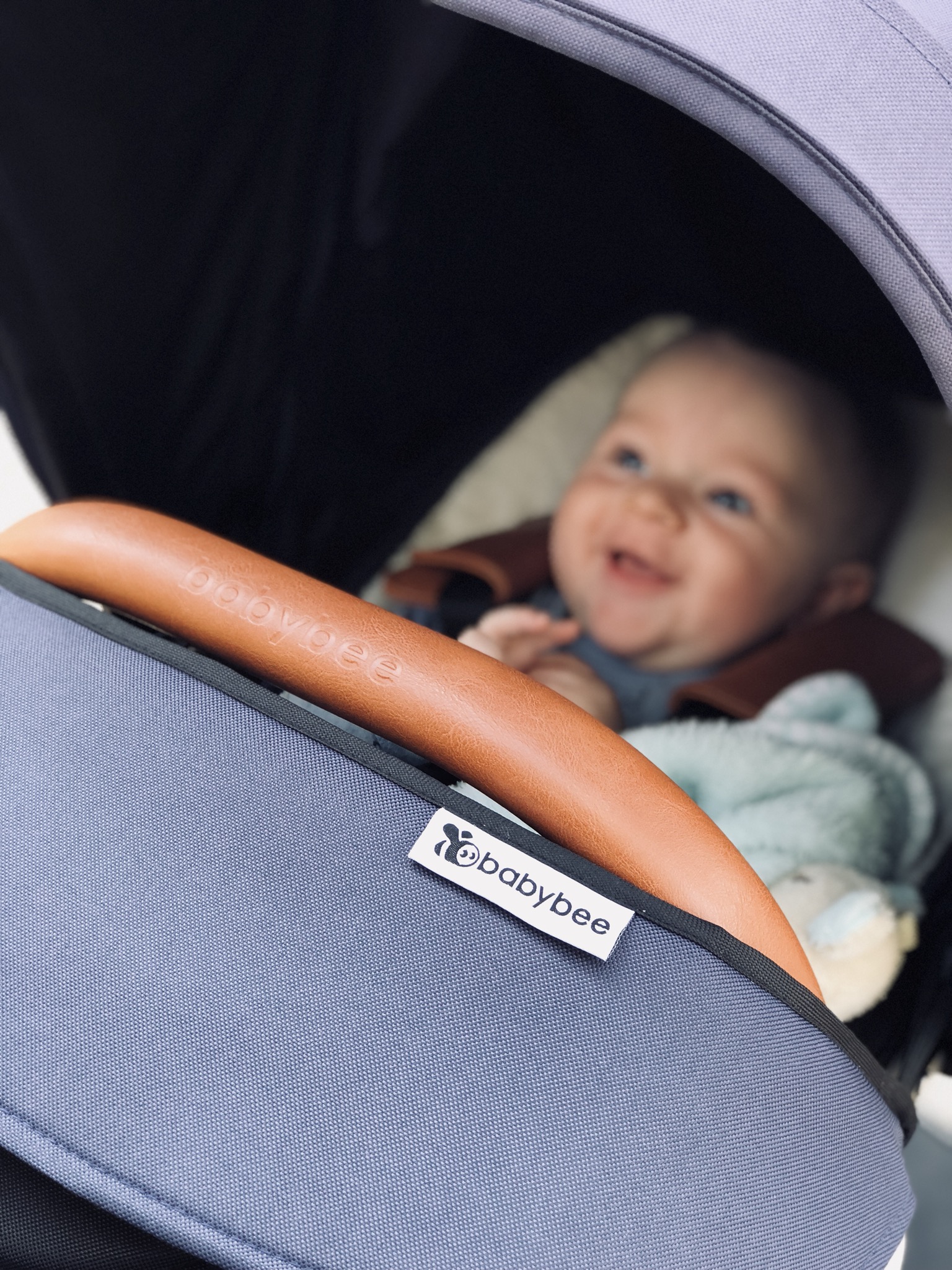 The babybee COMET plus also comes with heaps of additional extras including seat liners, foot cover, mosquito net and rain cover plus the option to purchase a colour pack so you can change the look of your canopy, seat liner and foot cover! 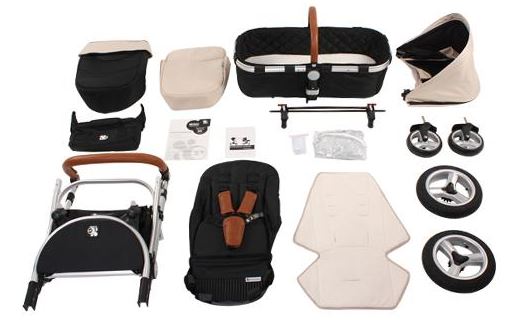 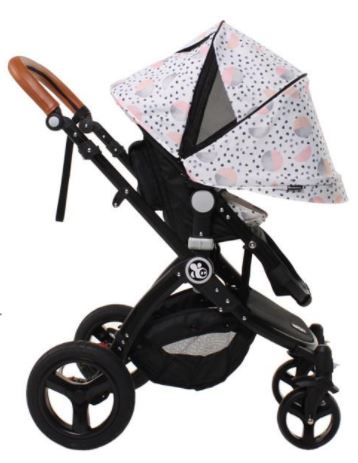 Jacob is now 5 months old and he’s just moved from the bassinet to the seat and he absolutely loves it! I’ve loved every moment of pushing him around in this four wheel baby, especially when I get those pram envy looks from other mums (except during the moments when he’s crying because he’s suppose to be sleeping and then they look at me in sympathy!) It’s honestly such a fantastic pram and really does make the school run, trips to the park, errands in and out of the car, grocery shopping and adventures lost in reserves on dirt tracks (another story for another time…) just that little bit easier!

Mama loves to share was gifted a babybee COMET plus to review but all opinions expressed in this article are 100% our own words and thoughts. P.S How cute is my baby boy?! Hehe! Lisa xo 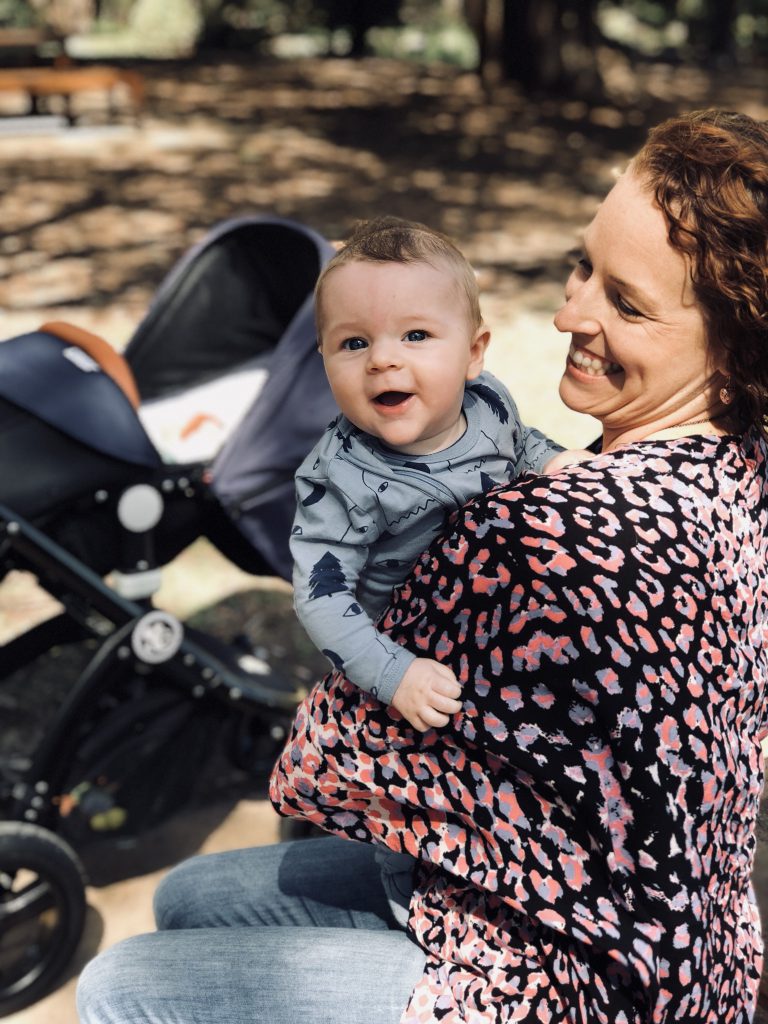