We all know kids can say the darnedest things, but what about the things parents say?

Since I became a mother, five years ago, it has never ceased to amaze me the bizarre things that come out of my mouth. Things that I would never have had to say before I was a parent or imagined I would say in a million years. And while they might sound strange on the street, in public or coming from someone without kids, when you have kids, it’s normal to say weird shit on a daily basis! I know every parent can relate to this. 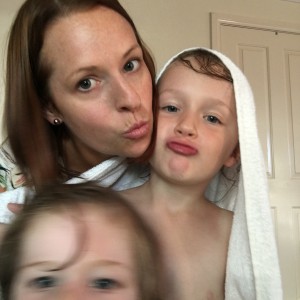 There’s so many different scenarios that take place when you are a parent, scenes you just can’t believe you’re a part of but at the time they almost seem normal?

Like the day I came home from work to find my husband lying on his back on the floor with his legs in the air, looking really quite embarresed with himself, while Penny fluffed around with wipes and nappy bags beside him.
“Daddy doesn’t need to wear a nappy, can daddy put his legs down now?”
He then looked at me with a sullen look on his face and said; “I feel so degraded right now.”

Or worse, the evening my friend left her two and four year old sons in the bath for a minute while she put their clothes in the laundry, only to hear the four-year-old start screaming. Naturally, she bolted back into  the bathroom, her heart racing, expecting one of them to be covered in blood from bumping into the tap or something, but instead what she saw was horrendous. And something that will never ever leave her mind….

“OH MY GOD! Are you painting the bath tub with your poo?!!!!” Yes that’s right, her two-year-old boy had laid a log in the bath and decided it would make a fantastic brown texta to draw with. He had drawn a circle with shit and his brother was screaming.

So, when Annabelle came into the bathroom one morning while I was brushing my teeth, washed a peach she was about to eat, and I said; “No honey! Don’t wipe your peach on the foot bath mat, gross!”, I just had to find out what other weird and wonderful things my fellow parenting friends have said too.

“Don’t drink the bath water buddy, your sister just peed in it!”

“No, a marshmallow is not an appropriate breakfast choice.”

“Fishy told me he was a little sad in the tank and wanted to go and see his friends in the ocean so I had to flush him down the toilet so he could swim there.”

“Yes daddy used to have hair, no he didn’t lose it down the plug hole.” 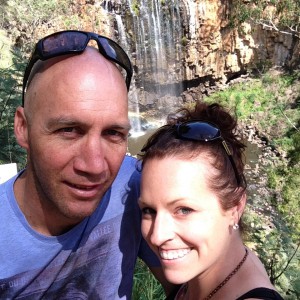 “Sorry darling, I promise I really do love playing with Barbies and Shopkins but I’ve just got lots of chores to do instead.”

“No, you can’t eat sultanas through your nose.”

“It’s a special string attached to a thing only mummies need to use once a month.”

“It’s not a giant bandaid or a paper banana, it’s a thing only mummies need to use once a month.”

“Just relax and try to do little farts, honey, so your bum opens up and I can get the torch in there to see if there’s a little worm.”

“No darling, mummy has a fanny not a doodle.”

“Don’t pull on your willy anymore or it will fall off.”

“Because Santa can see when you pick your nose and eat it so he won’t bring you any lollies.”

“No! Don’t wipe your mouth with the wipe you just used for your fanny!”

“Don’t put the photo clip up your bottom! It will hurt and get stuck up there!”

“Trust me, the wind will change and your face will stay like that forever.” 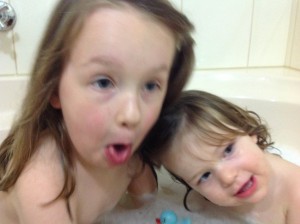 “Hey don’t pull my bra strap, it’s attached to my boobies and they will come flying out.”

“Stop pulling my dress up like that everyone at the party can see my knickers.”

“You won’t like these chocolates, darling, they have chilli on them so they’re spicy.”

“Stop trying to wee on your sisters in the bath!”

“Please don’t brush the dog with your toothbrush.” 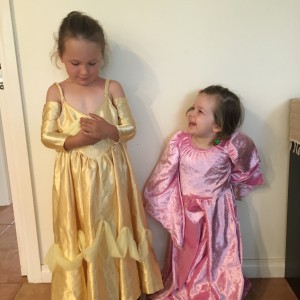 “When the ice cream van plays it’s music, it means it’s run out of ice cream.”

“No you can’t come into the shower with me, I’m having a cold shower so you won’t like it.”

“Mummy and daddy just need some alone time in the bedroom so we can talk about your Christmas presents.” (works every time)

“Oh no, the water police are at the door, quick, you have to get out of the shower or they’ll arrest mummy and daddy!”

“No you can’t have any of mummy’s soft drink I’ve put wine in it and you won’t like it.” 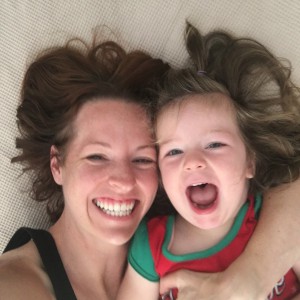 Tell us what weird and funny things you have said to your kids before?


xRlQcz I’аve learn some just right stuff here. Definitely price bookmarking for revisiting. I wonder how much effort you set to make the sort of great informative website.