Hi, my name is Lisa and I’m an addict. I’m not proud of it, even saying it out loud is hard, but admitting my problem and taking ownership is a step in the right direction, right?

It’s winter, Sunday night, 6pm, and my addiction starts to claw at my skin. I’m tapping my foot just thinking about it. It’s all I can think about… and it purrs repeatedly in my mind… Netflix… Netflix… Netflix. 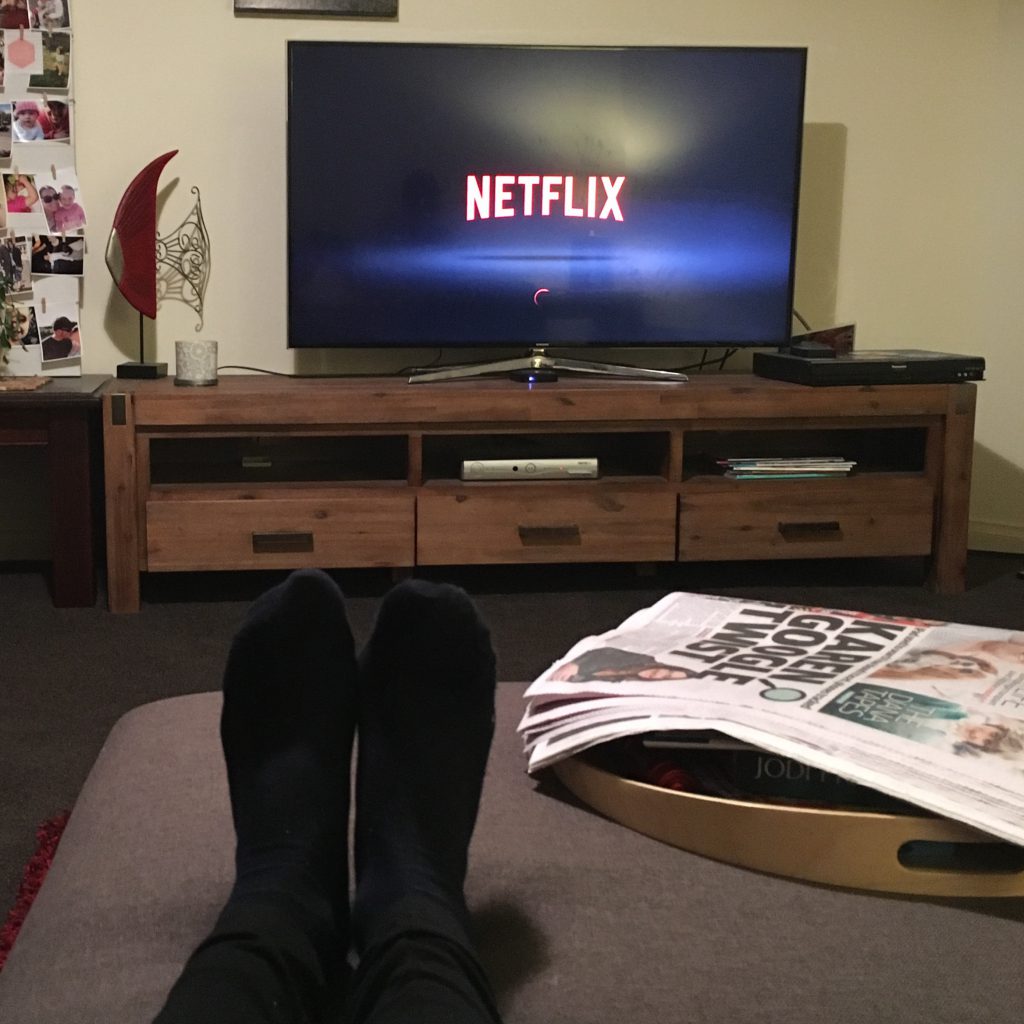 We finish dinner and start the bedtime routine, rushing the kids to the land of nodd as quickly as possible just so we can sit down on the couch and watch where we left off. The kids can sense our urgency and they push the boundaries (what kid wouldn’t test our patience at a time like this?!). They carry on like pork chops, complain they are still hungry, need water, want another book read to them or need to do a poo. We get agitated. Just like a drug addict running late for their next fix (ok so that’s a but dramatic but you get you my drift at the urgency!).

But, the reason for so much urgency is because we know if they get to bed by 7.30pm, we can smash out two or three episodes of a series before we nod off ourselves! It’s terrible! It’s sad! It’s disturbing and it’s very average parenting, we know, but we can’t help it! When you become a parent there are very few adult pleasures you get to enjoy without children ruining them. A glass of wine without the tiredness, a cinema visit that’s not animated, a chocolate and nut covered drumstick that’s not licked by some other little human, a walk around the block without a pram, a long, relaxed number two without the door opening mid poo.

It’s sad when you think about it, but it is the life we chose to lead. This life where we put the kids first and our needs second. Until we discovered Netflix. It’s cheap (seriously, $8.99 a month, WTF!) it’s available 24/7 and it has a plethora of genres and movie’s and TV shows to choose from. Just for us! 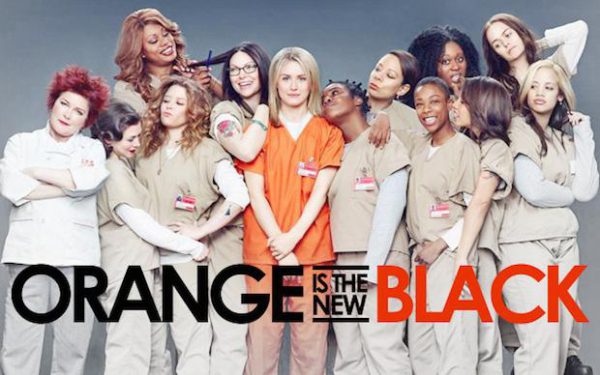 Our addiction first started with Orange is the New Black. In fact, that’s what made us get Netflix. We were at a friend’s house one night and we watched a few raunchy, hilarious episodes! Hubby was happy seeing a bit of girl-on-girl action and I was loving the story line and scenarios. We became hooked that night and wanted more. My friend couldn’t believe I didn’t know what Netflix was, she shook her head in disbelief and my eyes widened as this new phenomenon pulsated through my veins…. We signed up that night. 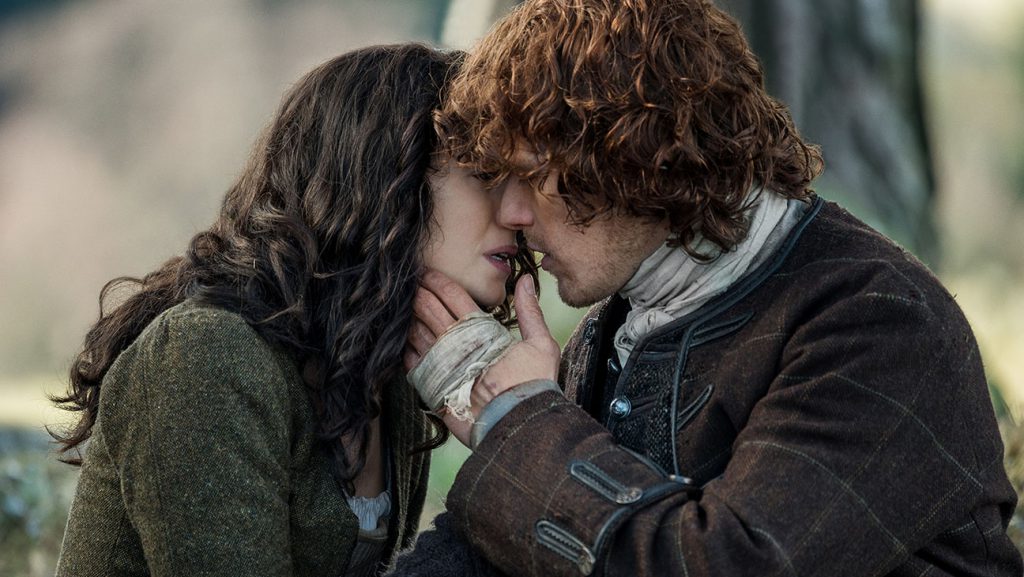 Outlander came next. A breathtakingly beautiful step back in time to Scotland 1745, complete with a bare bummed spunky red-headed Hylander, thank you! The dishes piled up that weekend, the washing didn’t get sorted, the lawns didn’t get mowed and the kids started asking us; “Who is Clare, who is Jamie, who are these people you keep talking about?”.

Next it was Vikings. Historical, raw, violent, unexpected. 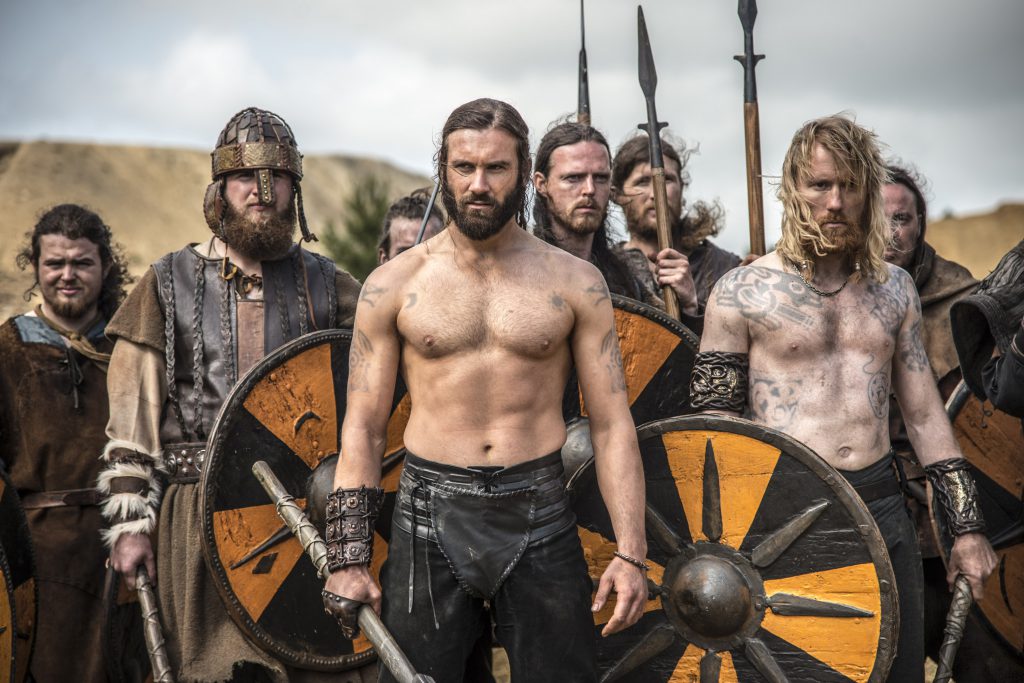 We tried to go back to free to air TV and, as a journalist, I really want to support free media and keep it going for as long as possible, but we failed. Shows we used to enjoy on free to air just don’t cut it anymore. There’s ads and you can only watch one episode a night… snore.

Our latest Netflix addiction; the American version of Shameless. One my sister highly recommended. It’s like no other sitcom we’ve ever seen before. It’s based on the British version (which we’ve heard kicks butt too) and follows a hilarious, poor family from the Southside, their deadbeat drunk father who is, quite literally “shameless” and all the shenanigans that happen to him and his five children. Just when you think things couldn’t get worse for them, they do. It is fricking hilarious but it also has a very serious side, where seriously sad shit happens. One episode we are literally pissing ourselves with laughter (and yes, I’m pregnant so when I say literally, I mean literally!) and the next I am crying like a baby (no it’s not just the pregnancy hormones, okay!). It even keeps Hubby awake and that’s saying something! 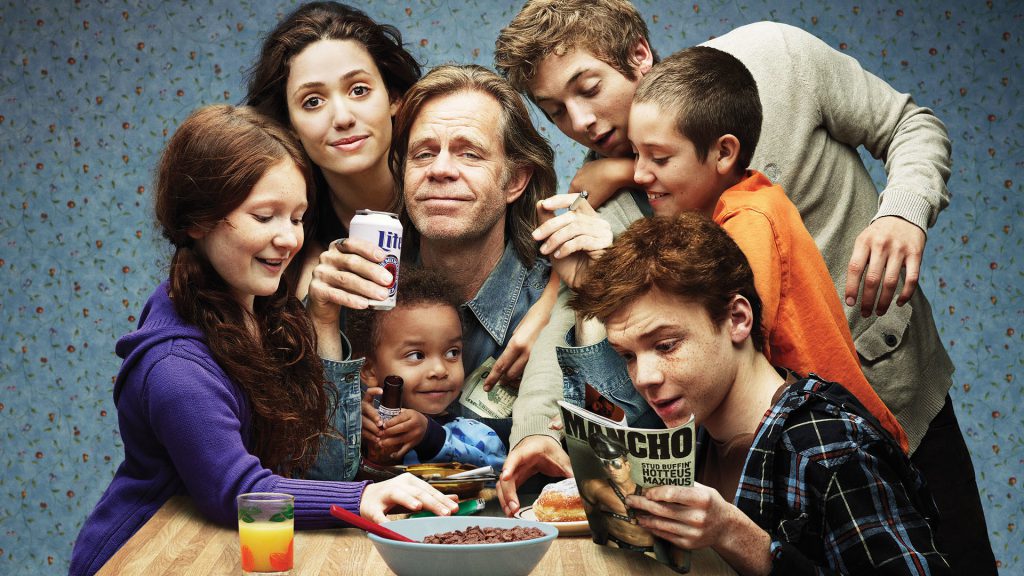 So, anyway, I’m done writing this blog, Netlflix is calling and I NEED my next hit.