MUM LIFE: THE SHIT BEHIND THE SELFIE

Well, who would have thought this selfie (thanks Terri for not only doing my make up but for the lend of the ring light so I could take some selfies!!), would follow with so much drama! If you’ve ever uttered the words “why can’t everything just run smoothly for once”, you and I are on the same page sister! 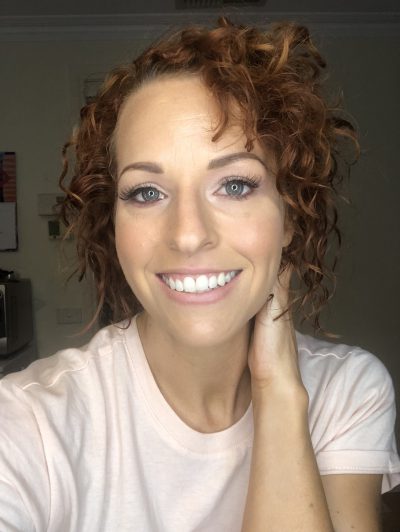 My Saturday started with a “make up” call from Terri, I forgot to set my alarm at 7.30am and arrived to find me half asleep, bad breath and mop hair to boot. She was doing my make up for a wedding Hubby and I were going to at 4pm that day. Yep I know 7.30am sounds early but it was the only time we could align our busy schedules!

Hubby was working first thing in the morning so I almost cancelled on Terri, on account of Jacob needing constant helicopter parenting, but she was super keen to glam me up (and who could refuse a #gifted make up sesh!) so my girls, plus Terri’s daughter, plus the Wiggles, plus food, plus more food, ended up babysitting Jacob while she transformed me from some kind of wild animal that had been asleep in a cave all winter, to a fresh faced, hot lashed Anna Kendrick (ok, so that’s who I’ve been compared to a few times before so I’m grabbing it and bloody running with it!!!). 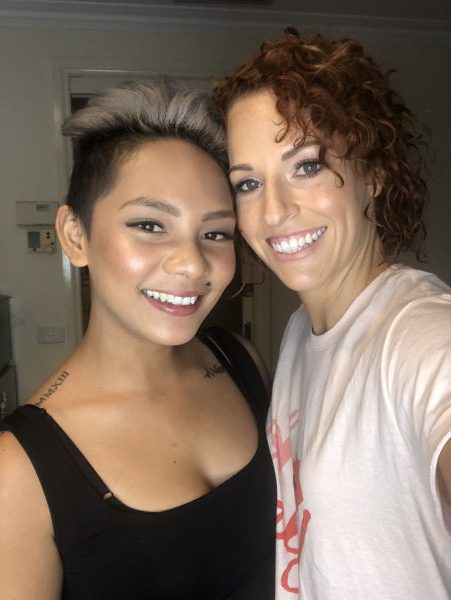 I was so pumped for this wedding I even booked an Airbnb for Hubby and I so we could sneak in some sexy time (or let’s be honest just some uninterrupted sleep!!!) plus go out for breakfast the next day. I’d never used Airbnb before but quickly found one I thought was right near the wedding venue… Note to self, use google maps more often, turns out we ended up spending more than we wanted on an Uber to and fro. Especially since the first Uber we booked took off cause he was waiting too long for us to come out. Sneaky bugger charged us $10 cancellation fee too!! The nerve! It was two bloody minutes!

After the make up was done, I had an extremely awkward shower where I used the hose and tried hard not to splash my impeccable face. I was going to my friends place for a blow wave next and we had initially planned for me to wash my hair myself but given I’d forgotten to set my alarm that morning I hadn’t had time for a shower before the make up.

Lucky for me I had also gotten the wedding time wrong (surprise, surprise, slow down Lisa!!!) and realised that it was actually a 6pm start and not 4pm, I could now have it washed at her place. Yay! So I got out of the shower, dressed and was ready to go, texting her half out the door asking if she could wash it instead.

Um nope. Turns out her water was off due to renovations!!! What are the bloody odds of that!!?? So I had to get back in the shower and somehow wash my hair. There was no way around it, it was a frizzy, birds nest caked full of six days worth of product. I HAD to wash it. So Super Hubby came to my rescue. With a hose attached to the tap and me awkwardly bent over the bath, face down, bum up, with a headband and a towel kind of placed on my face but not touching my face, because I didn’t want to ruin my make up –  gorgeous Hubby shampooed and conditioned my hair.

Then it was almost time to go to the Airbnb. We had planned to leave before Jacob woke up so it was easier for my sister, who was looking after all three kids on her own!!) but of course we were still fluffing about when he woke and of course he was in a foul mood! See ya kids, sorry sis!!

Off we went to our $65 Airbnb, discovering on the way I hadn’t done my research properly and it was in Bumfucknowhere, pretty much as far from the venue as our own house was, in a weird new estate with builders building everywhere, no air conditioning and the owner was there plus a couple of other people staying, kind of like a back packers but in a brand new house. How romantic…  Turns out it didn’t matter about the full house anyway though, romance was off the cards thanks to Aunty Flo arriving earlier in the day (grrrrr she’s always got impeccable timing!!!). 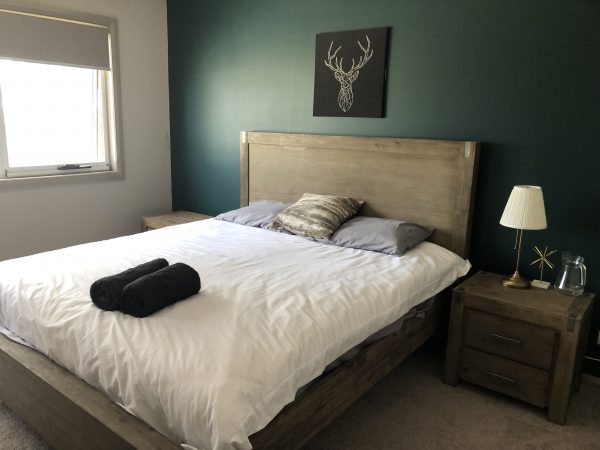 So, with the early morning “make up” call, the stress from the hair washing, Aunty Flo, Jacobs tantrum, the Airbnb’s weird location, the fact that I forgot my earplugs and the Uber driver driving off, it’s safe to say it had not been a smooth sailing day thus far for me. What more could go wrong?

Thankfully the wedding was AH-MAY-ZING!! Such a fun night catching up with friends and family! The hem of my pantsuit coming undone was not so amazing during the night making the pants way too long and I kept stepping on them while I danced!! Didn’t stop me whipping out the ballad voice for Darryl Braithwaite though, nothing could ruin that Horses moment! Even my bloated belly couldn’t stop me… excess bloating because the lovely waitresses at the wedding, bless them, were told I was a vegetarian and kept bringing me the most amazing Mac and Cheese squares and vego dumplings, I just didn’t have the heart to tell them I also don’t eat gluten and dairy… (but oh those Mac and Cheese squares were worth all the bad tummy feels!). 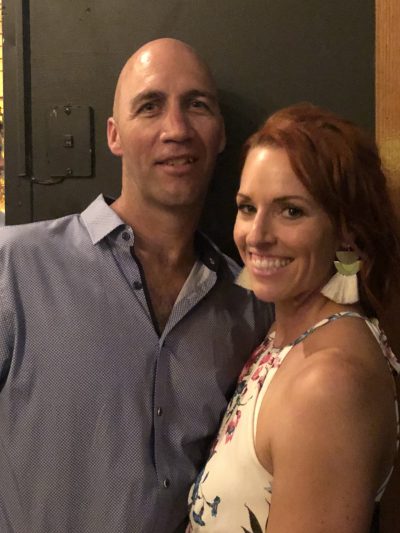 Luckily the AirBNB king size bed was comfy as! Not so lucky that I awoke to find missed calls on my phone from my poor sister who is expecting her first child. Feck, I forgot to turn the phone on loud! Heart pounding I call her at 8am. She tells me the alarm went off in the middle of the night from the wind blowing it open and she couldn’t work out how to turn it off. Phew… “Oh and Penny power chucked…” she said. Fabulous. Just fabulous. Her main concern though seemed to be what to do with the mermaid bath Barbie that had spew in her hair. Ditch her, I said. She’s not worth it!

Finally we headed home (after having to turn around and go back to get the drinks I’d left in the fridge!) and the rest of our Sunday was relatively relaxed. I had a belly ache for the entire day but thankfully there was no more tantrums from Jacob and no more spew from Penny. Today though, well that’s another story. Bella came down with a violent bug this morning from 5.45am and I spent the day looking after the poor little lamb as it came out both ends… Good Gawd!! Enough already!! Take me back to that selfie moment when I was all excited for a drama free weekend where everything ran smoothly. At least my make up stayed fresh and my tan still looks mint! 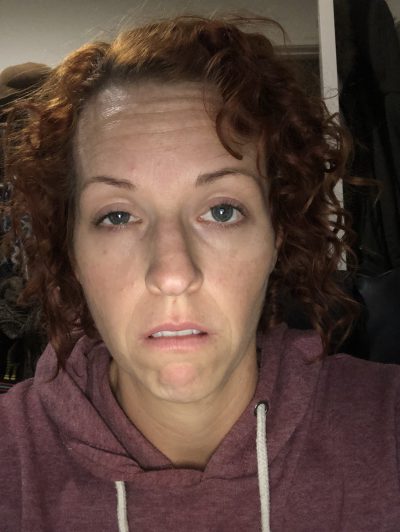 (As you can imagine this is what my selfie looks like now… Just gorgeous, hey! Shits all over Anna Kendrick doesn’t it?)