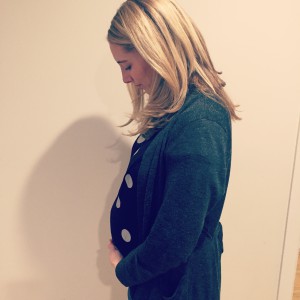 Today someone asked me how far along I was…embarrassingly enough, I had no idea!! “Umm….around 15-16 weeks?!” I mumbled before quickly changing the topic of conversation…I got home and checked my calendar, I’m 19! 19 weeks! In 1 weeks time I will officially be half way through my pregnancy and I had no idea! Had they of asked me when I was pregnant with my first child, I could of told them how far along I was from the exact millisecond of conception! “I’m 19 weeks, 3 days, 6 hours and 22 seconds!” That’s because with number one, I was obsessed! I was sooooo excited! 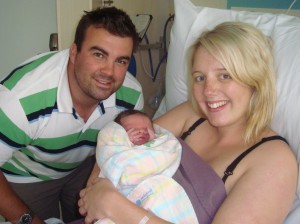 I read baby books and scrolled through pregnancy forums on websites, I would lay in bed, rubbing my belly for hours singing to he/she all my favourite childhood nursery rhymes, I wouldn’t lift anything heavy, I would attend preggy yoga classes and practice my breathing techniques…there was nothing more important to me than the precious bundle of joy inside of me. It was the same with my second, OK, so I wasn’t as excited as the first but I still thought about being pregnant constantly and was so excited when we found out we were having a little girl, the perfect pigeon pair. 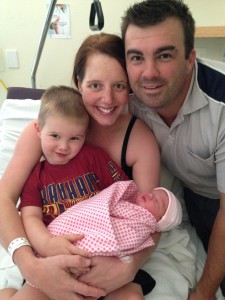 But now…well, this one is just…there. Sure, he/she is making my tummy protrude which gives me a daily reminder that I’m growing a human being but if my stomach was flat…I would probably literally not even remember I was pregnant.

Is this bad? Am I a horrible mum? It does worry me that this a sign of things to come! Am I neglecting this poor little child already?! Before their life outside my womb had even commenced?! People say the third child just “fits in” like tucking a tissue up your sleeve or popping your hair up into a pony tail…things you just do and don’t think about, the baby will also just…be. 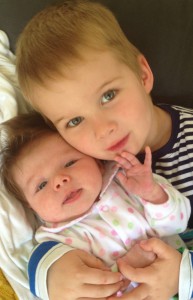 Do I want to feel this way?! No! Of course not! I want to be treasuring this last pregnancy, gushing over every little inch of it! But, and my gawd, this sounds terrible again…I’m just too busy! I work part time, I have school run and kinder run and when they’re not at school and kinder I’m chasing them through the house, yelling then hugging then yelling then hugging and cooking and cleaning and cleaning and cleaning….things are just different compared to 6 years ago when it was just me, hubby and uno bambino…

And it’s not just my mind that’s been distracted…hubby, bless his heart, has probably literally asked me only two or three times in 19 weeks “how are you feeling?” But because I never speak about it, he probably easily forgets too! Pregnancy number one I was helped into the car, feet were rubbed, heat packs made…which makes me think that both of us are taking it for granted that I’m growing an actual human life… 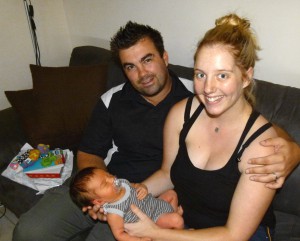 Other people’s reactions to my news of being pregnant with number three has also came of a surprise compared to when I told people I was pregnant previously… But you already have one of each! What are you going to do? But I didn’t think you wanted three children! Was it an accident? Was it planned? But you’ll have to move house! Now you’ll have to buy a new car! You’re a silly girl aren’t you?! But you’re just getting your life back! But I thought you were stopping at two?!

Umm…for the record, yes it was planned and yes I have said in the past I was happy with two children (especially having one of each) but I wouldn’t be the first person in history to change my mind and I’m sure I won’t be the last! “Congratulations!” is what usually comes to mind when someone tells you they are pregnant…but obviously not when it comes to number three! 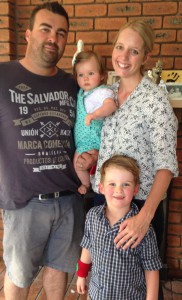 So anyway, here I am, almost half way through my third pregnancy with the biggest half yet to come…and please don’t get me wrong, I love you little baby, as I sit here with tears of guilt welling up in my eyes, I love you with all of my heart and I can not wait to meet you when the time arrives…I promise I’m going to be a good mummy. I’m just being brutally honest and wearing my heart on my sleeve when I admit, at this moment in time, I’m just not that into you.


Don’t be hard on yourself! You are just a very busy mum! I’m a mum of 3, we had a girl, then a boy. I just didn’t feel finished, so we had a third, another little girl. The pregnancy went fast, I was so busy with the other 2, building a house and my husband was running his own business, I felt like I completely ignored the little person growing in my belly! But when she was born, we all treasured every second of every day with her, knowing she was our last baby. I’m sure when you hold your little bundle, knowing he or she is your last baby you will feel the same. You’ll be great! Xx


3wJrzG Usually I do not learn post on blogs, but I wish to say that this write-up very pressured me to check out and do it! Your writing style has been surprised me. Thanks, quite nice post.