Is there anything more comforting than a big bowl of slow cooked casserole on a cold winters day? The taste of the food aside, we absolutely love walking into our homes to be greeted by the smell of dinner bubbling away, reminding us that we don’t have to lift a finger during witching hour which for busy mum’s is the perfect scenario!

So, being huge fans of easy dinners, we were excited when we were recently contacted by ‘Crock-Pot’ to see if we would like to test out their newly released Crock-Pot Express Crock Multi-Cooker,  a 12 in 1 multi-cooker that can Pressure Cook, Slow Cook, Steam, Sauté and lots more so you can easily prepare any recipe, using just the one convenient appliance – now that’s cool! 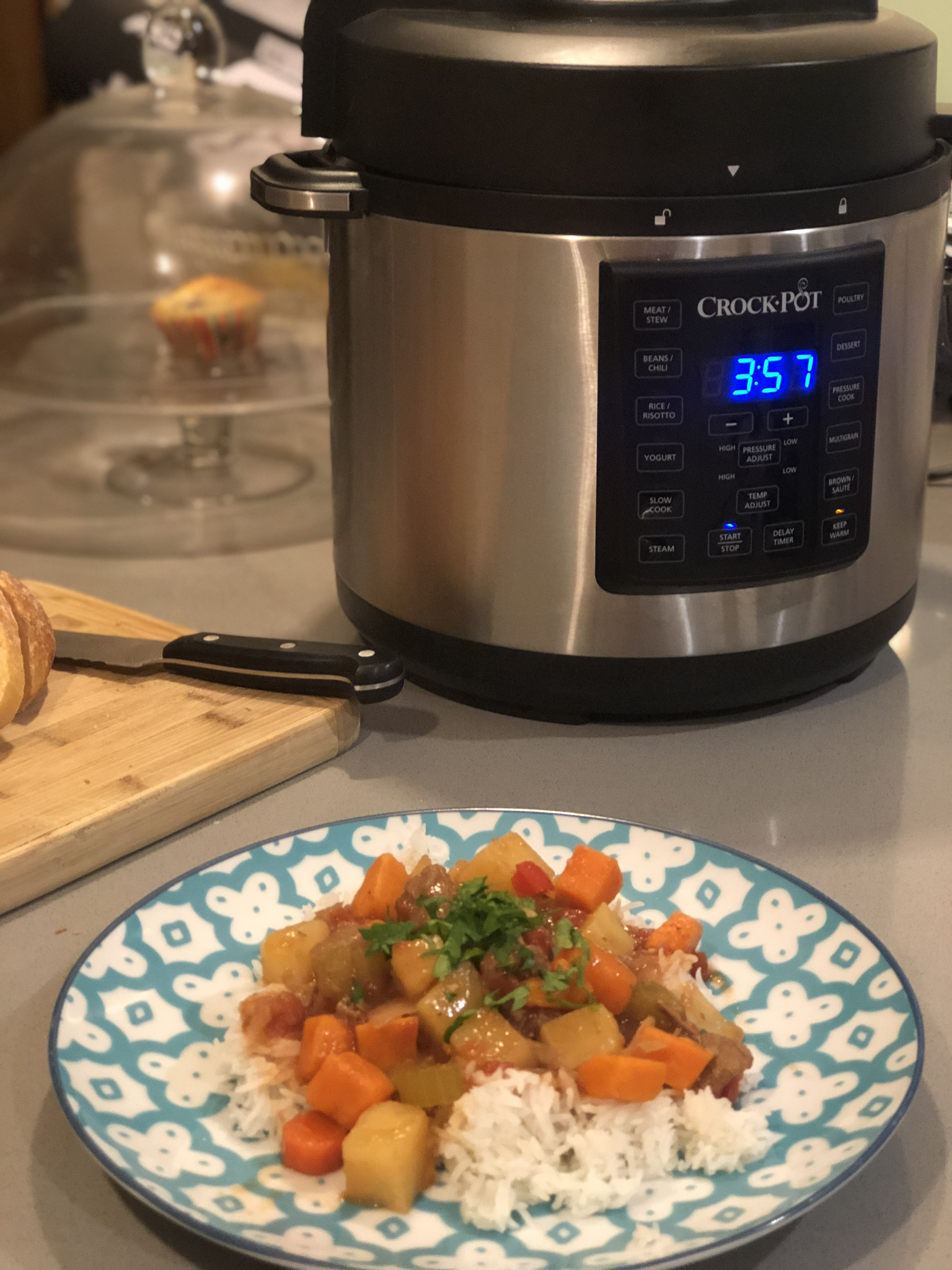 Now, unlike some other multi cooking appliances, the Crock Pot does not chop or mash or grate or give you a shoulder massage. What it does do though is cook and it cooks well. And not only does it slow cook – it pressure cooks, which opens up a whole new world of quick dinner possibilities!

The digital control panel is great and very easy to understand, you simply press the recipe you are cooking and adjust the time or heat as required. The Crock Pot only comes with a small recipe book but there are recipes available online as well as a Facebook group where you can share recipes and cooking tips. 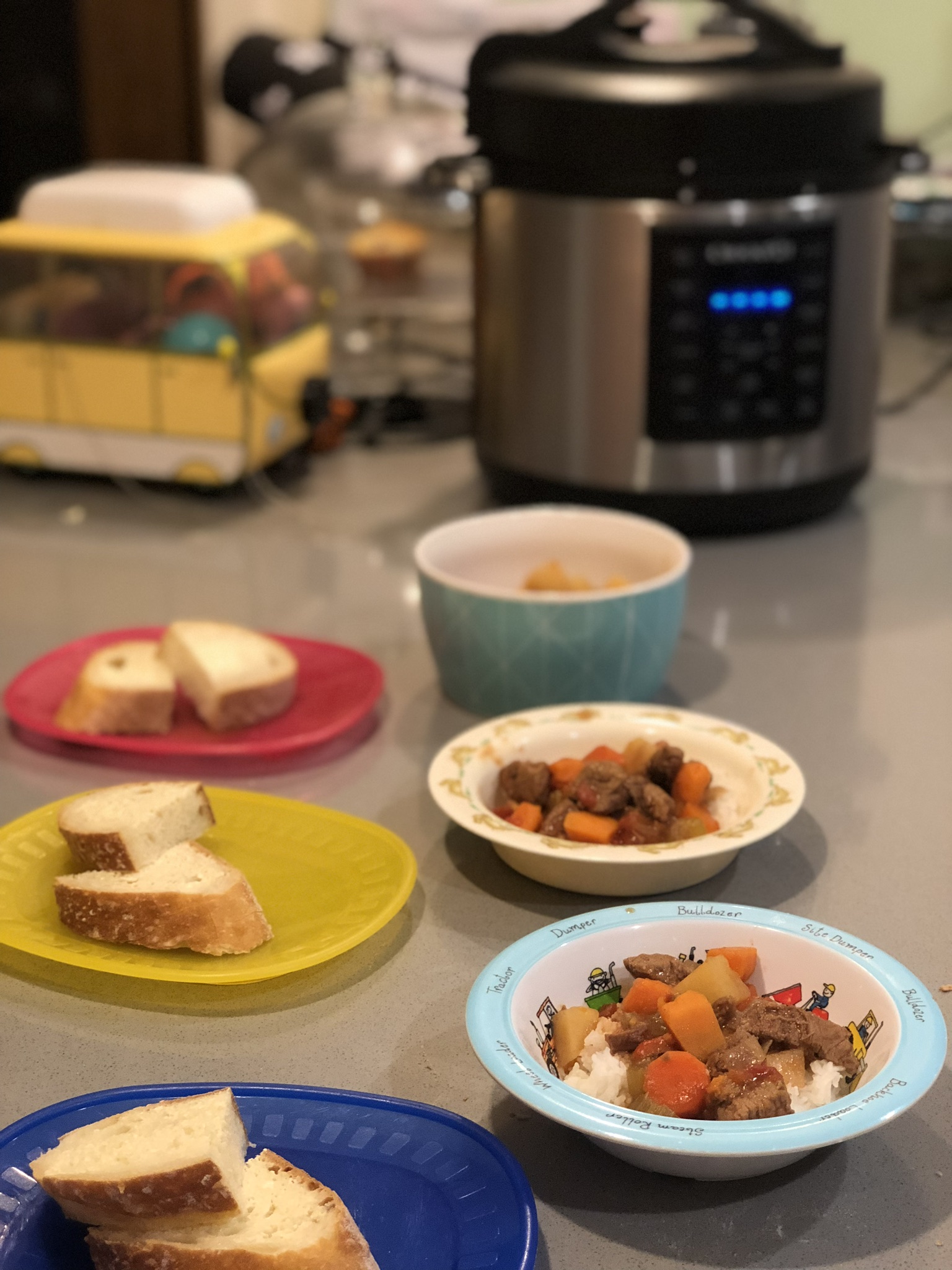 You can slow cook on low for an old day cook or high if you are on limited time, I usually start my slow cooking on low and then ramp up to high for the last hour to really make sure everything is nice and soft.

Another great feature of the Crock-Pot Express Crock Multi-Cooker is that you can saute the meat before you switch the setting over to slow cook. This is great as it eliminates the use of another saucepan to brown the meat, something I use to skip completely due to laziness but seeming the Crock-Pot offers this as a function I will be more inclined to go all Nigella on my family and brown the meat before slow cooking now. 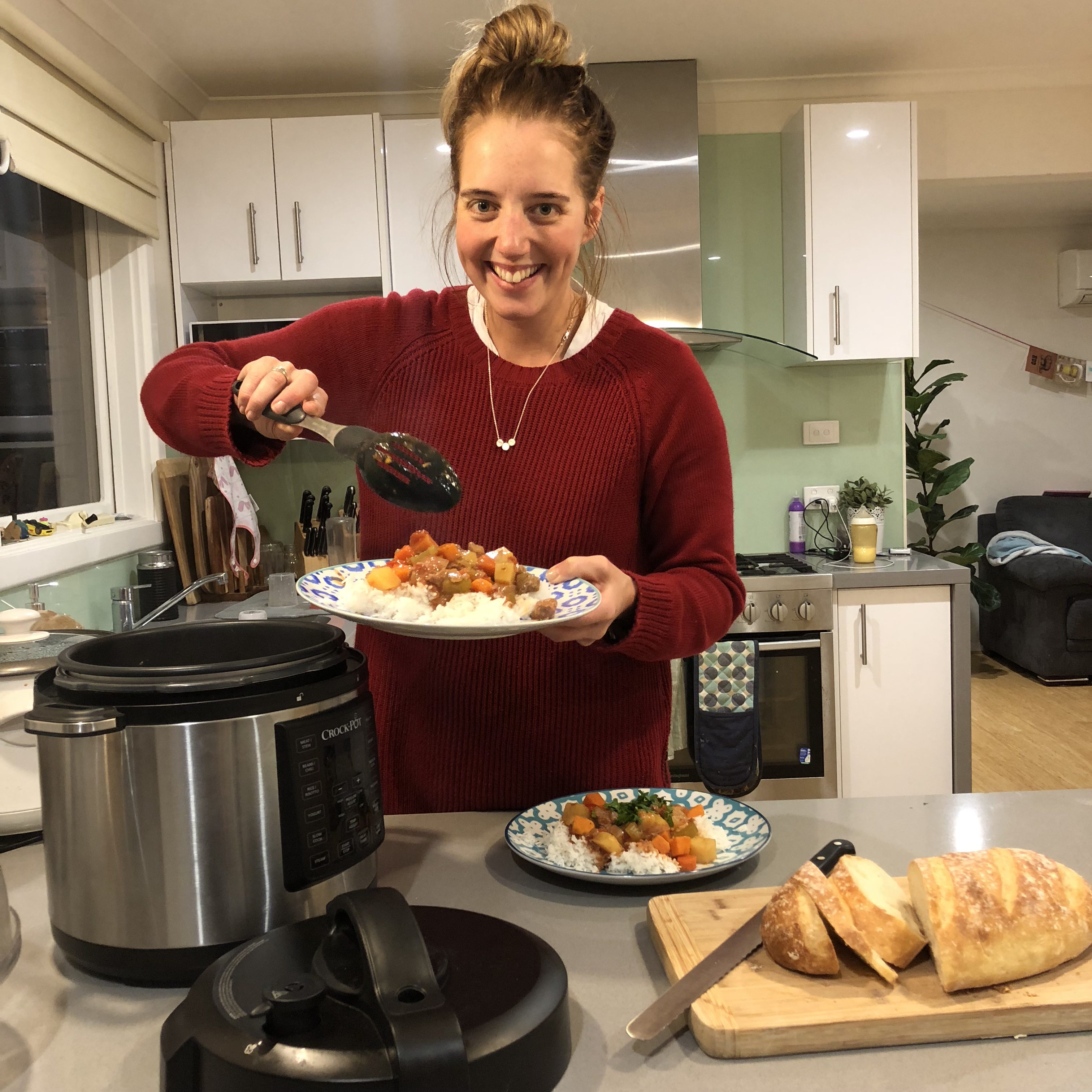 Pressure Cooking is a new cooking concept to me. I have seen the contestants  pressure cook on Master Chef and didn’t quite understand how the whole thing worked aside knowing their meal was ready super quick – so of course I googled exactly what pressure cooking is.  “The cooking liquid inside the pot boils and creates steam. As steam is trapped inside, the pressure increases, which in turn increases the boiling point of the liquid to about 120°C. The higher cooking temperature means food cooks more quickly than conventional cooking methods.” 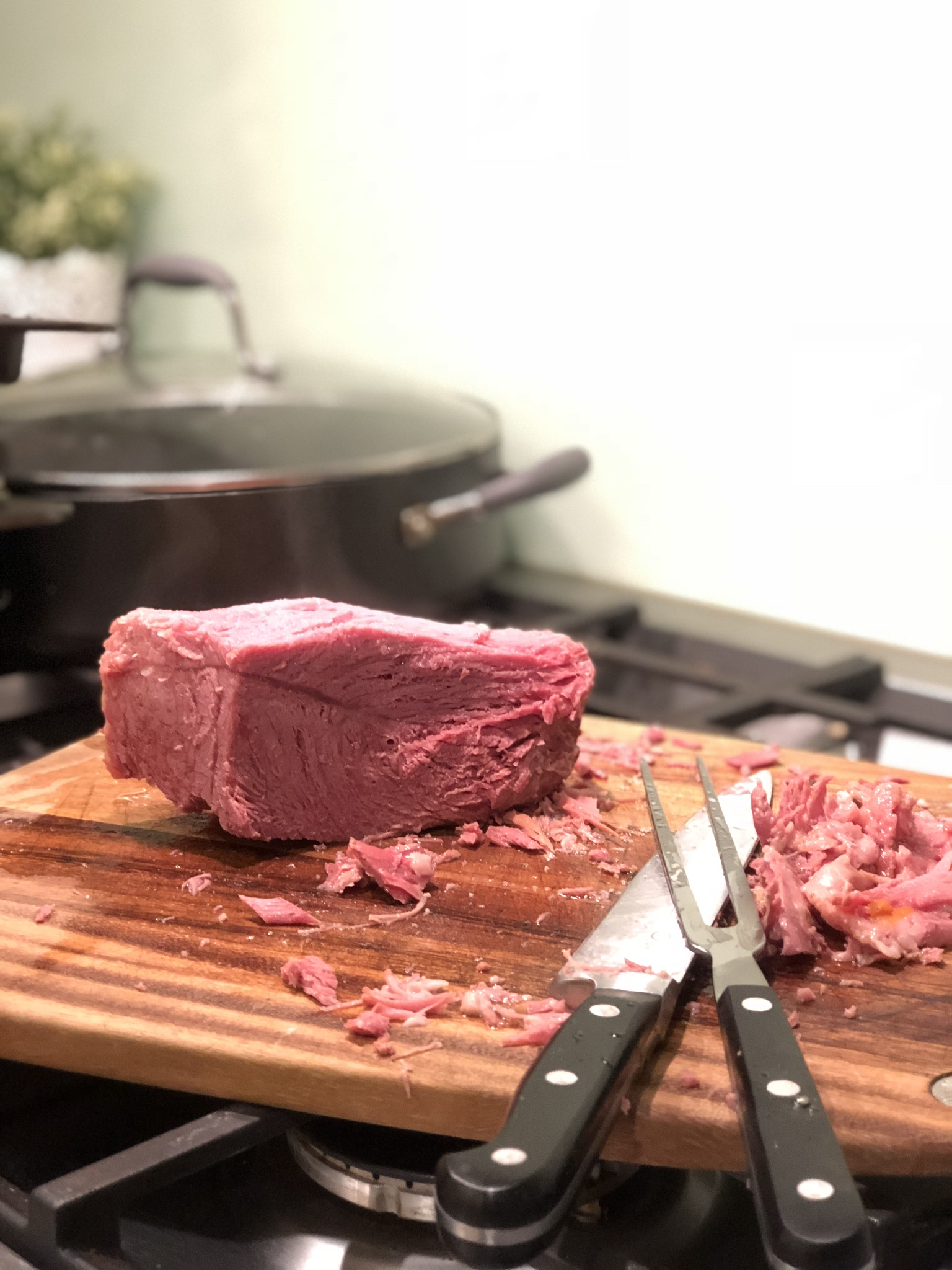 Well there you go – thank you taste.com.au. So, in layman’s terms, it means you can take a tough old piece of meat that you would have usually had to of slow cooked for 6-8 hours and instead, you can pressure cook it in about an hour and still achieve the same results! Genius! A busy mum definitely invented that!

As an example, we arrived home from Soccer around 4pm last Sunday and low and behold I had forgotten to pop the silverside in the Crock-Pot to slow cook for dinner so I popped my pressure cooker cherry and PC’d it instead! It took around 70 mins to cook and the texture of the meat was just as soft and well cooked as the slow cooker would have produced. My mum mentioned pressure cooking is also great for desserts such as rice pudding… yum! I’ll pop that one on the to do list. 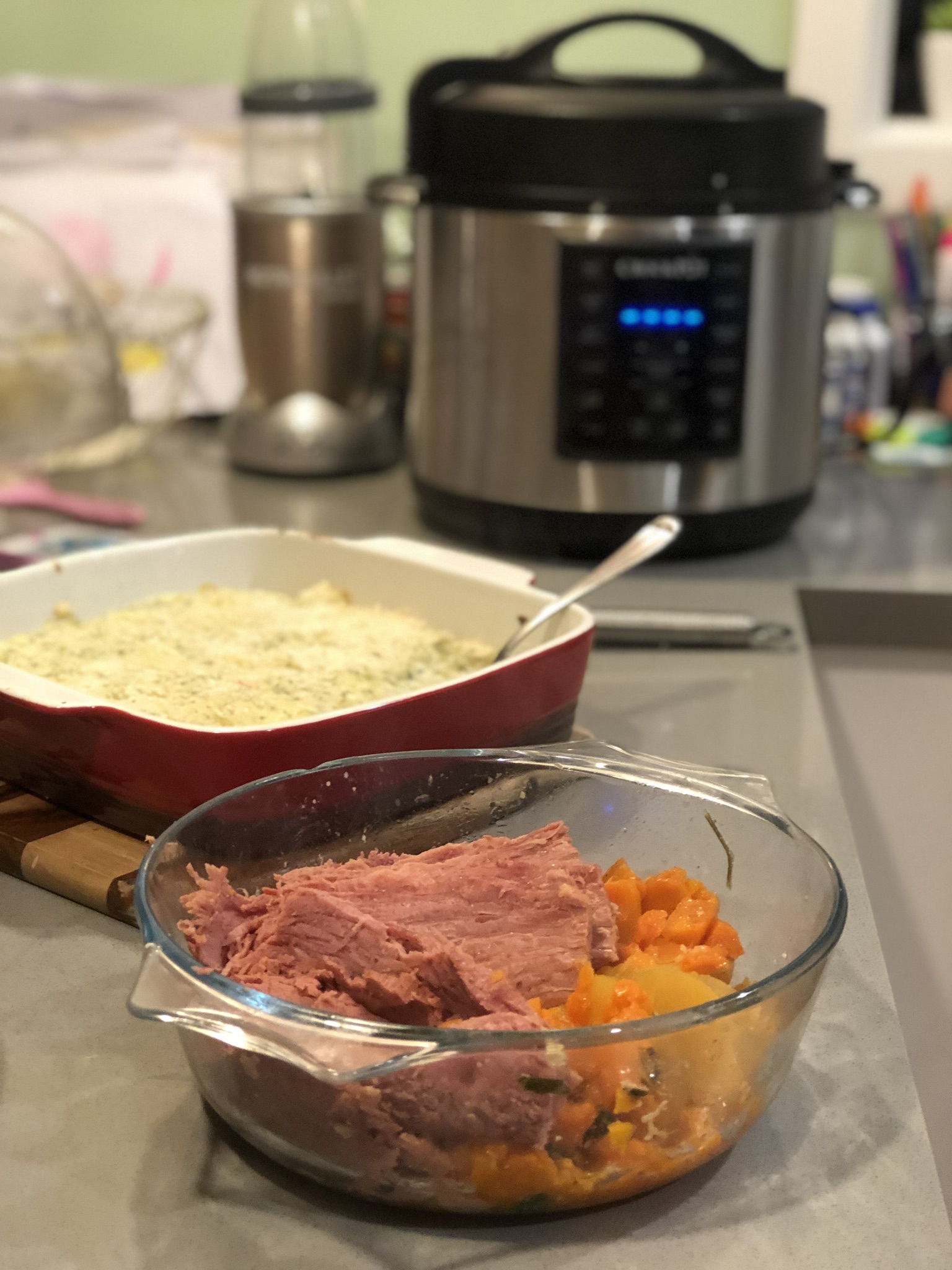 I also love that the Crock-Pot Express Crock Multi-Cooker has a “keep warm” button so once you have finished cooking you can leave your food in the pot and well, keep warm! This is great for a delayed service and would be fantastic when entertaining as it acts as an insulated until your guests are ready to eat.

So there is lots of plus’s and positives around the Crock-Pot Express Crock Multi-Cooker but what are some of the things that we didn’t love? Well for one, it would have to be the size of it. It’s bulky and unless you have the luxury of a butlers pantry in your home then I would think it’s probably a big bench sitter instead of something that would fit in your cupboard.  When I tried to put into my normal “big appliances” cupboard it was a little tall (my old slow cooker is large but a little flatter so fits in the cupboard ok). So it’s currently living on our kitchen bench which I don’t 100% love. 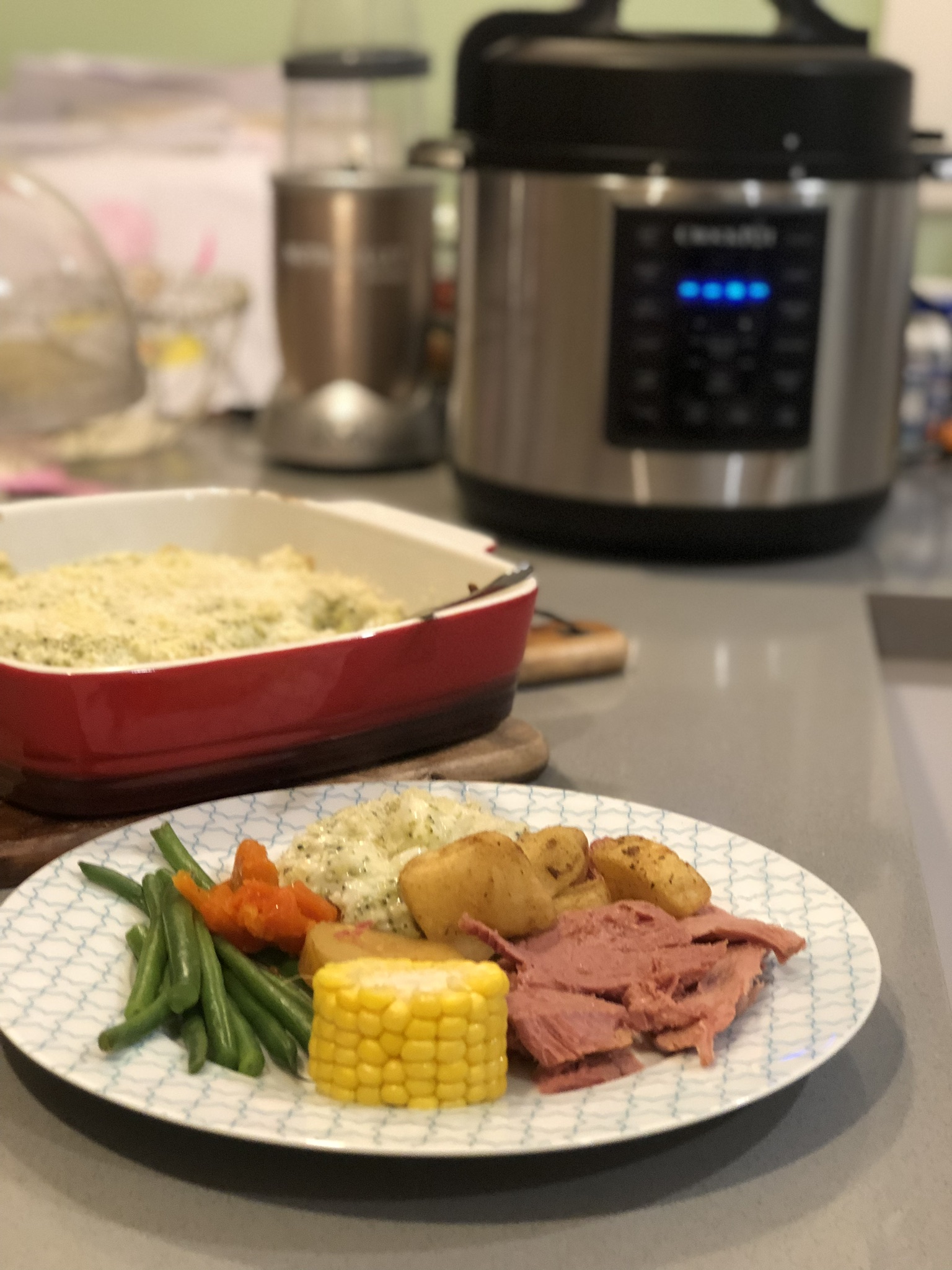 The other thing is, it’s a rice cooker, which is great! But the other night after making my beef casserole, I wanted to cook some rice to serve with it however I didn’t want to have to empty out the casserole and clean the pot to then make the rice (first world problems! haha!) so I ended up having to use my rice cooker instead. So, the point of that long winded story is, it would be great if the Crock-Pot could come with an additional bowl so that you can pop your slow cooked food out once it’s ready and pop the clean bowl in to cook your rice! Just a thought, perhaps I’m being lazy! 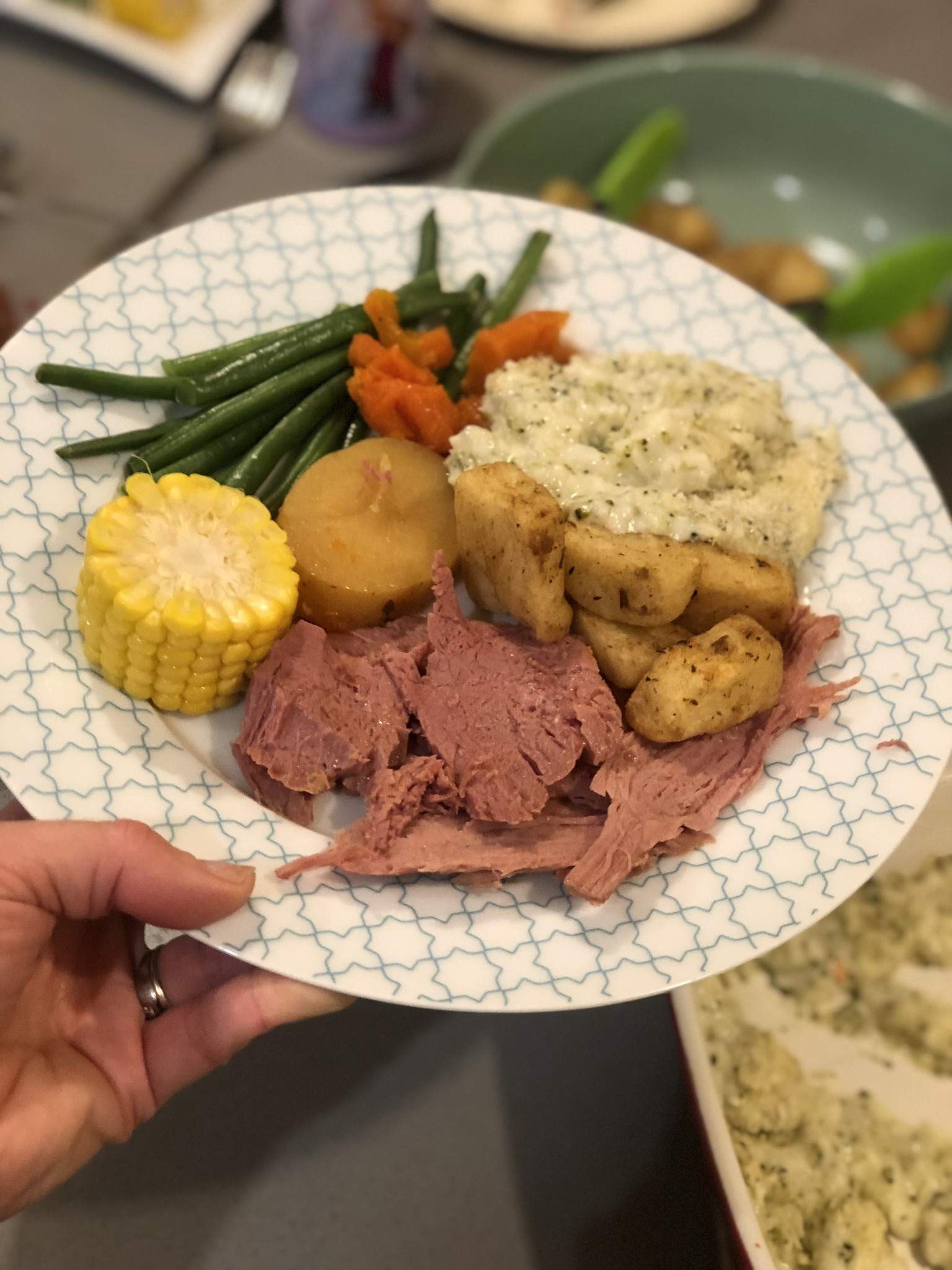 The other thing I found a little clunky was the lid, unless you get it in exactly the right spot, it’s a little hard to twist and secure on but in saying that, there is probably good reason for this seeming you need an excellent seal to ensure the pressure cooker functions works properly.

So, the Crock-Pot Express Crock Multi-Cooker, honest thoughts. Personally, if I was in the market for a slow cooker then I would definitely invest that little bit more into an appliance like this because I love that it’s also a pressure cooker, steamer, rice cooker etc… It’s fantastic for busy mums who love to get dinner organised in the morning so they can set and forget with the slow cook function and on the flip side, it’s also great for busy mums who forget to turn the slow cooker on because you can pressure cook in about an hour with the same results! 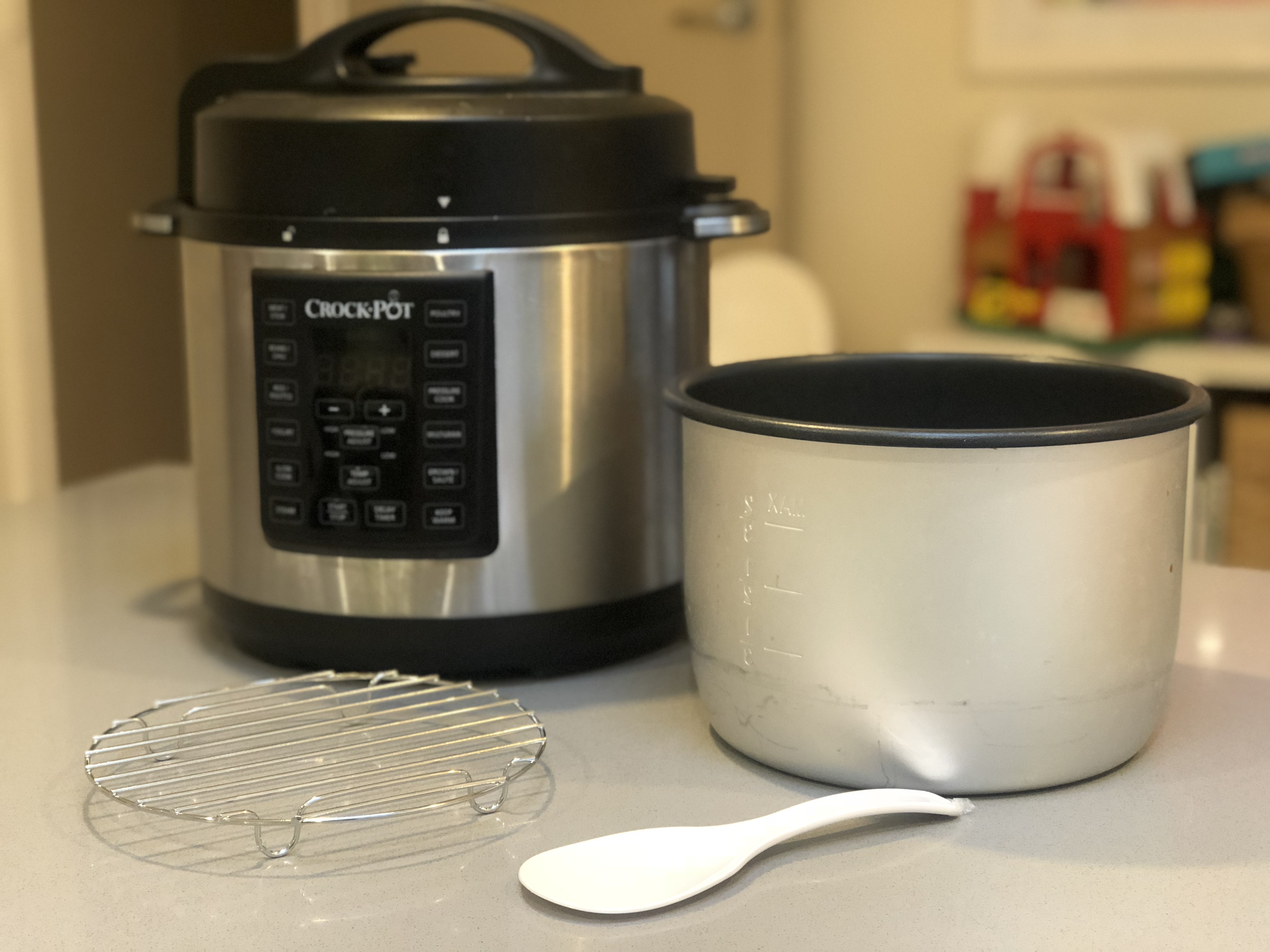