Who doesn’t love baked potato and even better when it’s the healthier orange version of a baked potato – the yummy baked sweet potato! This recipe is adapted from a BBC Good Food recipe and is an absolute winner in our house! 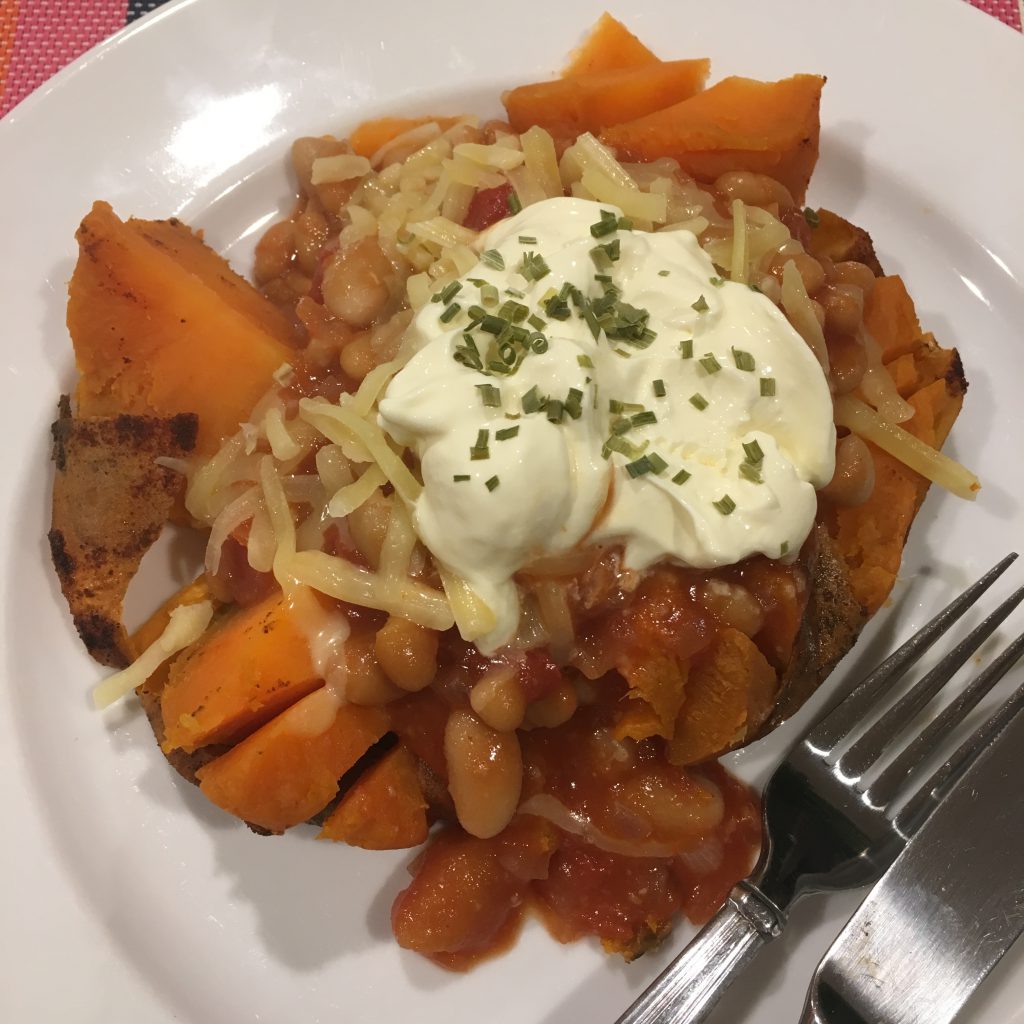 At first I was worried Hubby might still be hungry when finished without his beloved meat for dinner but there’s some seriously big whopper sized sweet potatoes out there so I buy him a big one and he’s always full enough! Plus the beans provide enough full belly protein to last until breakfast the next day.

I’ve modified this recipe to how I like to cook it, including the size of the potatoes, which feed myself, my six-foot tradie hubby, a six-year-old and a three-year-old. Kind of like the three bears but with two baby bears; we have one big, one medium and two small potatoes. You can add or take off the amount of baked potatoes to make it work for you and your family.

1x large, 1 medium and two very small or one medium sweet potatos cut in half

1/2 a cup of grated cheese, to serve
4x heaped tablespoons of sour cream, to serve

1. Heat oven to 200C or 180C for fan forced. Cut the large potato in half and pierce them all a few times with a fork.

2. Pop the potatoes in a microwave safe bowl and pop in the microwave for eight minutes or until soft.

3. Rub each one with oil and half of the paprika and season with some salt and pepper.

4. Transfer to a baking tray lined with baking paper, put in the oven and cook for up to half an hour depending on the size of your baked potatoes. If you only use really itty bitty ones, 15 minutes should be enough, however, the larger ones definitely need a good half an hour. (whoppers can take 40 min!) They need to be crispy on the outside and soft on the inside. 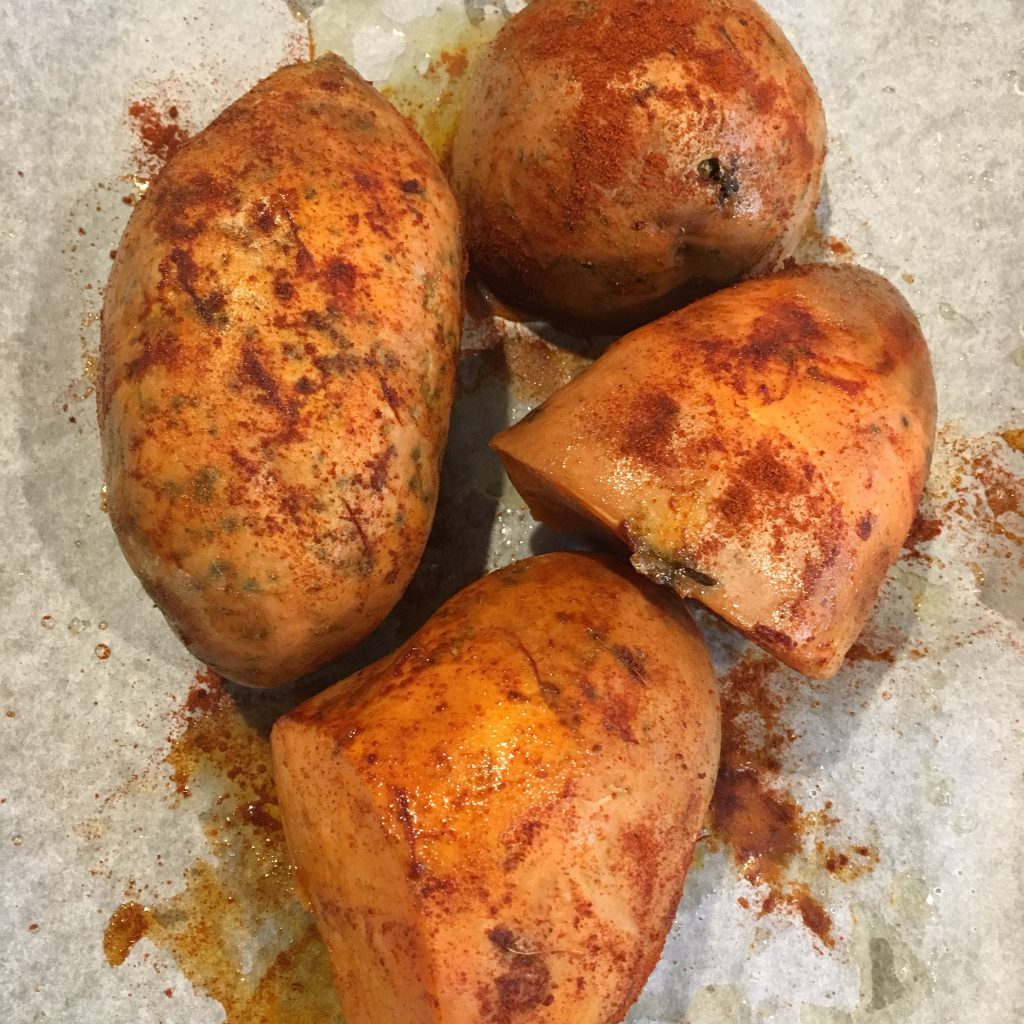 5. Meanwhile, make the beans. Cook the onion and garlic in a saucepan with the remaining oil until soft.

6. Add the sugar, vinegar, Worcestershire sauce and the remaining paprika, and cook for a further two minutes until sticky.

7. Stir in all the beans and the tomatoes and simmer until the sweet potatoes are ready. 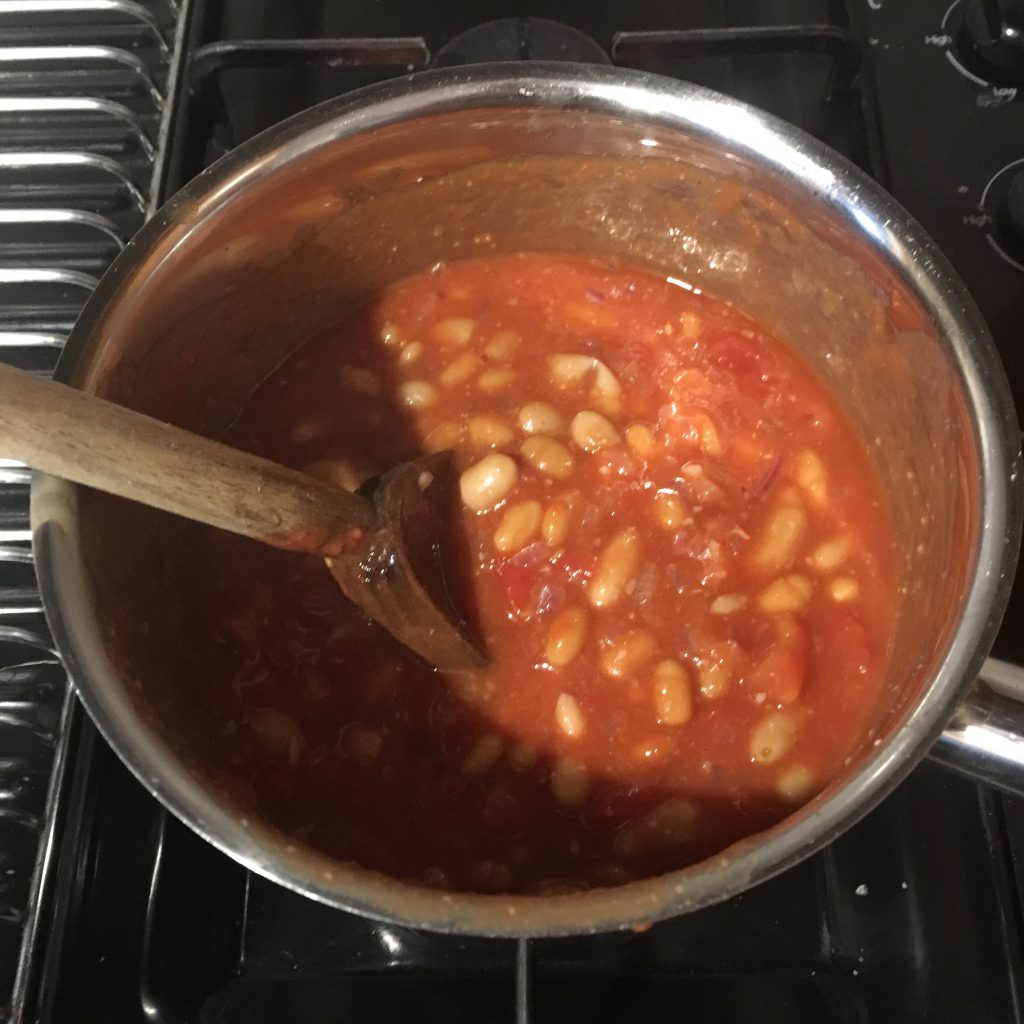 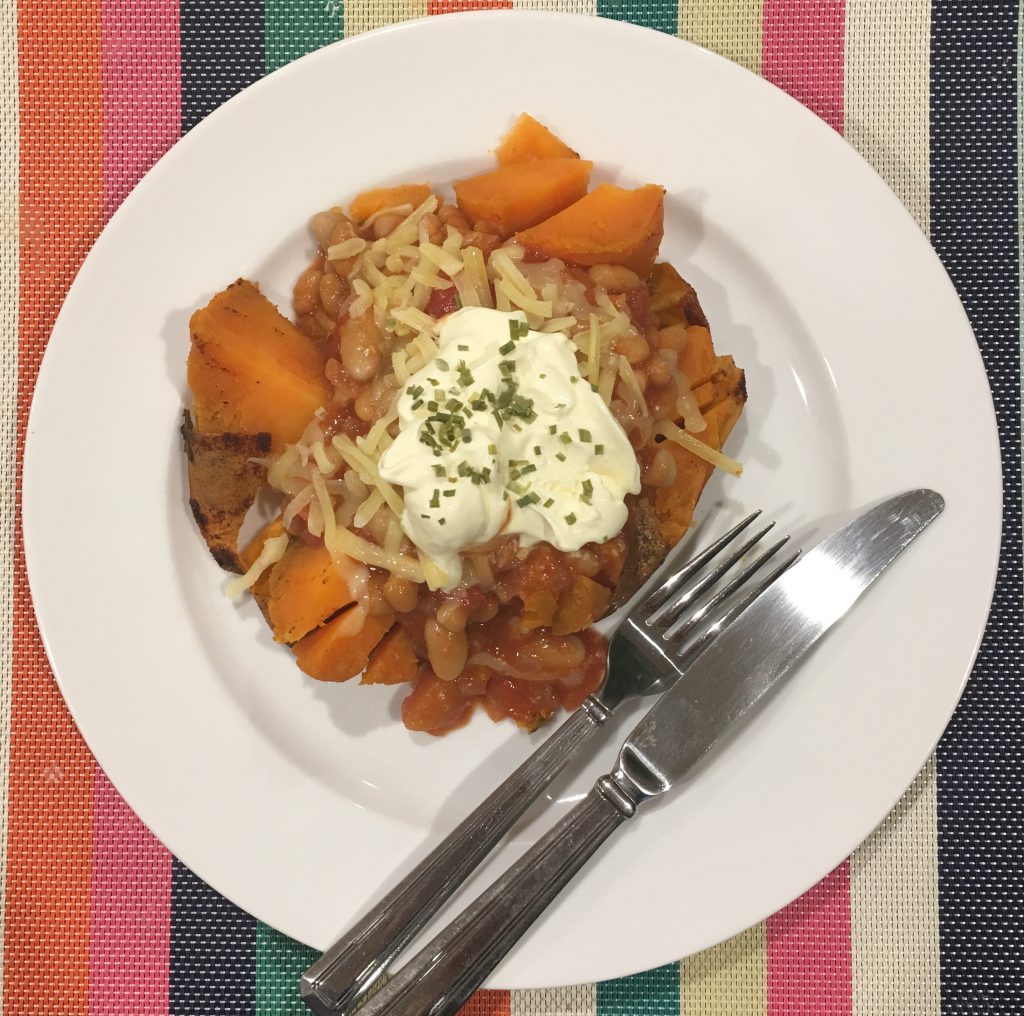